I skip WikiLeaks and go straight to the CIA World Fact Book to provide you with Background information on Georgia and Armenia. 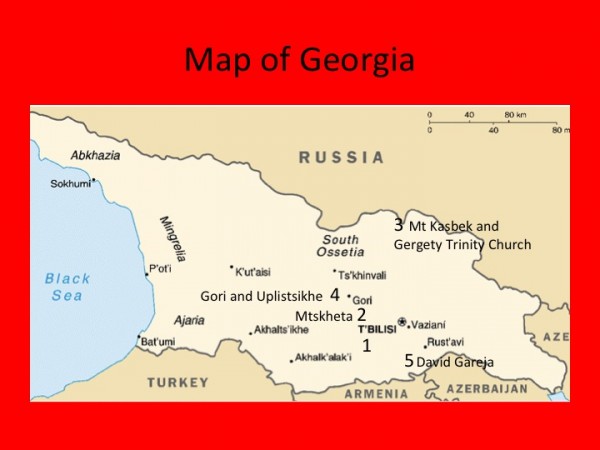 Georgia and the places we visited

The region of present-day Georgia contained the ancient kingdoms of Colchis and Kartli-Iberia. The area came under Roman influence in the first centuries AD and Christianity became the state religion in the 330s.

Domination by Persians, Arabs, and Turks was followed by a Georgian golden age (11th to the 13th centuries) that was cut short by the Mongol invasion of 1236. Subsequently, the Ottoman and Persian empires competed for influence in the region. Georgia was absorbed into the Russian Empire in the 19th century. Independent for three years (1918-1921) following the Russian revolution, it was forcibly incorporated into the USSR until the Soviet Union dissolved in 1991.

Despite myriad problems, some progress on market reforms and democratization has been made since then. An attempt by the government to manipulate legislative elections in November 2003 touched off widespread protests that led to the resignation of Eduard SHEVARDNADZE, president since 1995. New elections in early 2004 swept Mikheil SAAKASHVILI into power along with his National Movement Party. 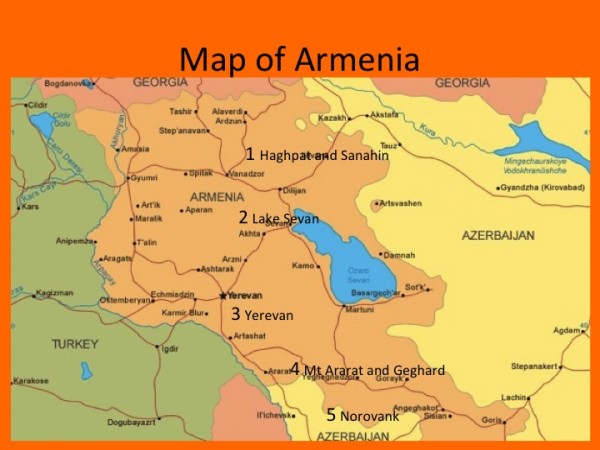 Armenia prides itself on being the first nation to formally adopt Christianity (early 4th century). Despite periods of autonomy, over the centuries Armenia came under the sway of various empires including the Roman, Byzantine, Arab, Persian, and Ottoman.

During World War I in the western portion of Armenia, Ottoman Turkey instituted a policy of forced resettlement coupled with other harsh practices that resulted in an estimated 1 million Armenian deaths. The eastern area of Armenia was ceded by the Ottomans to Russia in 1828; this portion declared its independence in 1918, but was conquered by the Soviet Red Army in 1920. Armenia attained independence from the Soviet Union in 1991. (Source: CIA World FactBook)