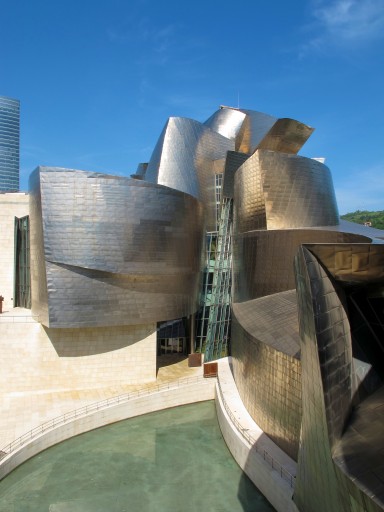 While I’ve been ‘confined to barracks’ with a stomach bug in a very comfortable bed overlooking the Guggenheim Museum here in Bilbao, Juanita has been a busy bee making sure that all proceeds as normal for our little band of pilgrims about to embark on a journey of discovery along The Way, in the north of Spain.

Transformation is already occurring for Juanita.

I leave you to read below what she tapped out on her iPad to her sister Rosemary in Tasmania about the first day of the holiday. 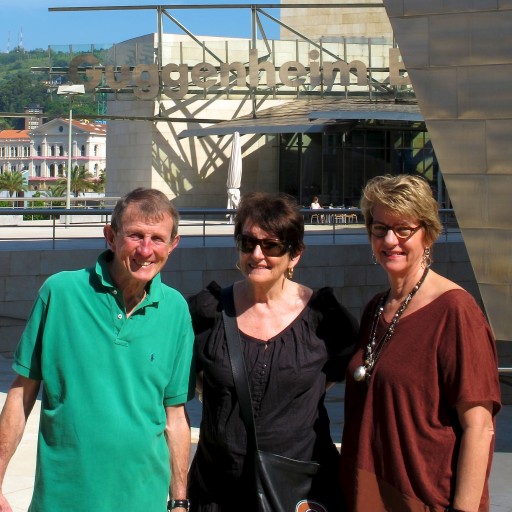 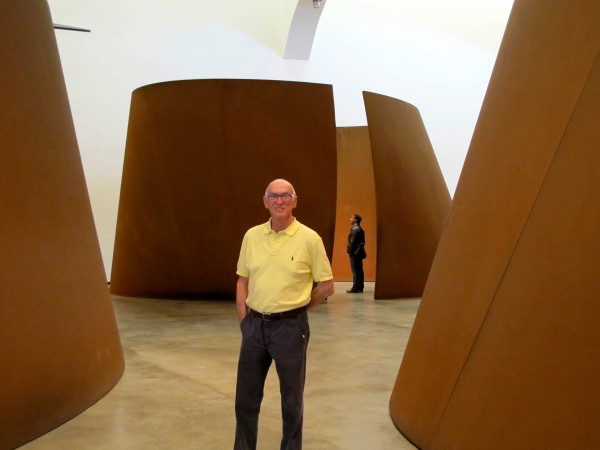 “Am changing my mind about travel.

We are staying in a hotel that is a stone’s throw away from the Guggenheim, which we overlook, and two free days to enjoy the lovely small town of Bilbao, it’s a great way to start the tour. The hotel is excellent.

Yesterday Pam Ken and I went to the Guggenheim and it is so interesting for me to compare with MONA, (and I need to think a bit more about that) but this is an amazing story of an industrial city in decline, and completely transformed, by visionary civic leaders and American Architect Frank Gehry’s stunning design.

The building itself is an art work in its own right and following the “wonder” of Gaudi’s work on the Sagrada Familia in Barcelona it’s almost a sensory overload and that is just from the architecture . . .and the capability of the men who designed them.

Then to add to the day’s experiences, there is a David Hockney exhibition in one of the galleries.  Very large canvases. On first walking in I thought “don’t really like these”. A closer investigation however and we realized that they had been done using the most up to date technology… An iPad drawing app!

Ken was fascinated (he draws and sculpts and loved the idea of no paints and mess etc) so have downloaded the app. Annie has done her first drawing…and Ken is lining up for his lesson…

With Andrew cancelling his trip Michael has added Father Steve, his Jesuit priest friend, who has a deep understanding of the religious background of the Camino, and Edmundo speaks Spanish which has already added great value.

We have a FABULOUS experience…unfolding …” 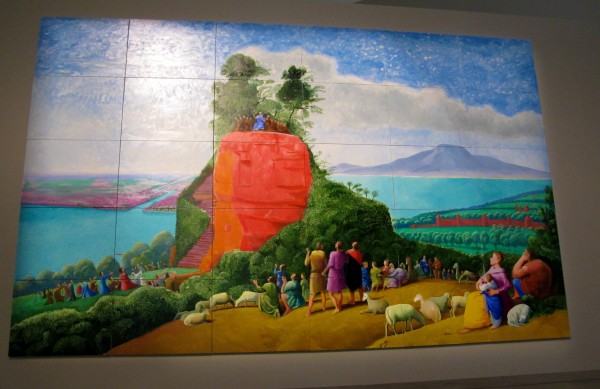 David Hockney’s work comprising a grid of 30 canvases painted in oil, called A Bigger Message is based on a 17th century picture by Claude that he'd seen the The Frick in New York - "The Sermon on the Mount" .

PHOTO BLOG from Fellow 'Pilgrim on the Way' - David 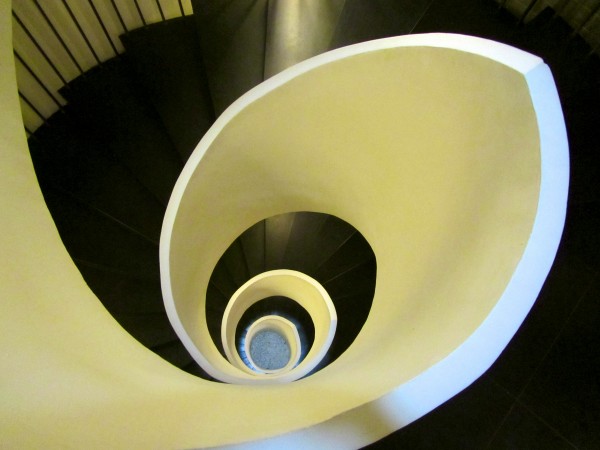