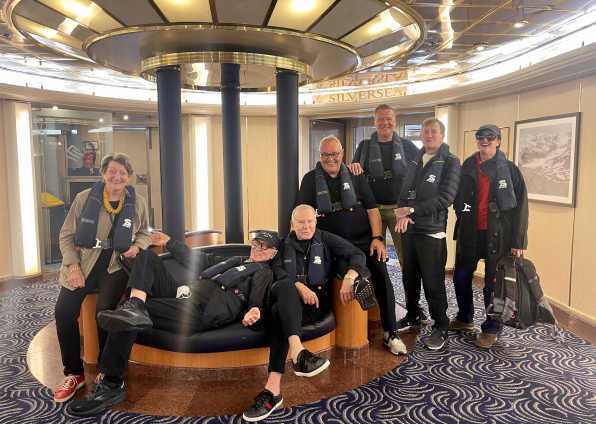 The gang’s all here in zodiac life jackets before going ashore at St Peters Port at our unscheduled stop at Guernsey in the Channel islands.  The easterly winds in the Scilly Isles off Devon made it unsafe for the zodiacs or for the local wooden boats to come take us ashore. 

With ‘Secret Mission’ accomplished in St Peter’s Port, Guernsey, the A Team bounces through the choppy sea back to home base aboard Silver Cloud. 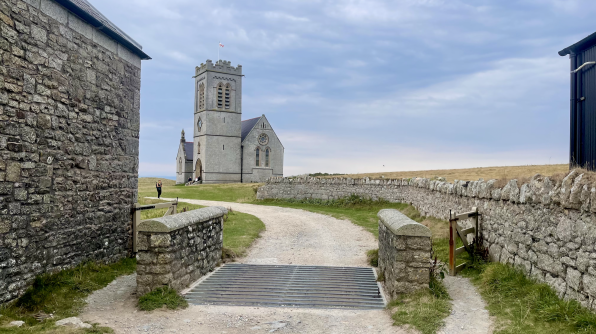 The first stop on our expedition voyage is on the  Island of Lundy in the Bristol Channel. It’s an Expedition landing by zodiac on this remote island with very little infrastructure.
We walk for a kilometer and a half up fairly steep paths over rough rocks to get to the little village and other sites on the plateau. Time for a pot of tea at the Marisco Tavern before returning down the hill to the zodiacs and back to the ship for lunch. 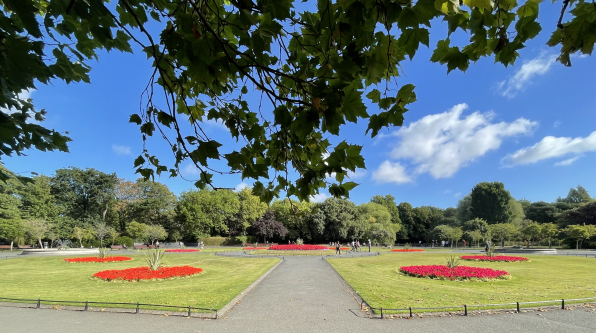 Not quite 40 shades of green of the Emerald Isle but who’s counting? And it’s good to be on the road again and here in Dublin after three years of Covid confining us to barracks .

On Saturday, we’re heading out to sea again  for three weeks on Silver Cloud Expedition ship  sailing first to a couple of islands off the coast of Devon, England, and then down the western coast of Brittany in France and on to the north of Spain, around Portugal to Lisbon and Up the river to Seville, across the Mediterranean to Algiers and Tunisia, with the final port of call in Sicily before disembarking in Malta. 

‘Anticipation’, ‘Elation’, ‘Eternity’ and ‘Acceptance of the Inevitable’ may or may not be obvious in viewing the following photos from one month’s travel across the north of Italy – but a story will come. The photo albums are uploaded. Now, I have the job of organising. And then writing. Milano – Expo 2015   Bellagio

Pilloried but Persevering in Piemonte – without the flying plates

It is I who is persevering and being pilloried in Piemonte, Italy. Two of my traveling companions have no stomach for the Piedmontese cuisine that is to my liking. For them, reviewing a menu has become a simple process of elimination rather then what excitement lies ahead for me as I read. One won’t …