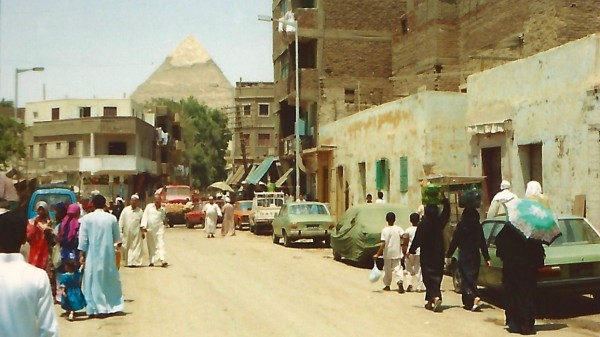 s I prepare to depart on a trip to Egypt and a cruise on the Nile next week, I look back on my first and only visit to Cairo – in 1990 on a business trip. I took an afternoon off to do the ‘tourist thing’, and took a drive out to see the Sphinx and the Pyramids just outside Cairo. To my surprise, I didn’t approach them across miles of cinnamon-dusted desert like in the postcards. Driving along the main street of suburban Giza, a bustling built-up suburb with buildings, streetlights, cars and markets, there they were! The top of the great Pyramid appeared like the Castle at the end of Main Street in Disneyland.

Watch this space for the stories for my upcoming trip.

I recall similar disappointment years ago when I first saw St Peter’s in Rome. The wide sweep of the Square just ‘appeared’ at the end of a row of drab buildings along a long, narrow street. Also one Sunday afternoon in London I lost my way in the city and turned out of busy traffic onto the approach of a bridge. Stopped at traffic lights, I looked up to see the battlements of Tower Bridge in close-up with no magical stretch of river to set the scene. Postcards conveniently remove the blight from many of the world’s famous landmarks. 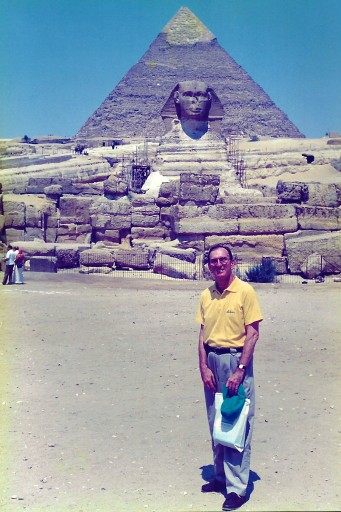 Michael at the Sphinx and Pyramids in 1990