I did not Kiss that Man!

Home » Blog » Travel » Silversea South America Cruises » I did not Kiss that Man! 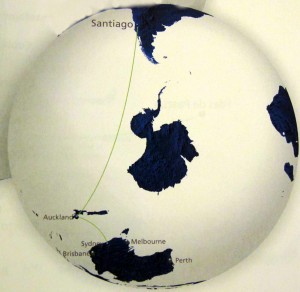 Around the bottom of the World

On opening my new Apple MacBook Air in Buenos Aires, there was no pointer and the screen was frozen. I plugged it in to the wall. No response!

No amount of coaxing and patiently pressing buttons would make it work. Not quite panic stations, but nearly! I then plugged in my iPhone to recharge so at least I had a means of communication for the foreseeable future. It wouldn’t charge either!

By morning the screen was black, and still wouldn’t take a charge. So off to the Apple store with more than a sense of foreboding. After explaining my dilemma and the urgency to get it remedied, the young guy took it, plugged it in, and I told him I’d kiss him if he could get it to work.

I didn’t kiss him!

One Response to I did not Kiss that Man!