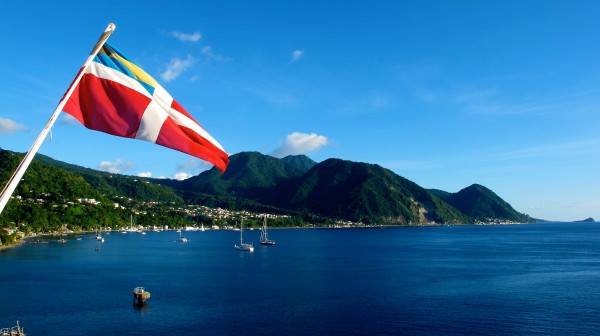 Farewell to Dominica from the aft deck of Silver Whisper

The once British colony of Dominica nestles between French possessions of Guadelupe and Martinique in the Eastern Caribbean Basin. Sugarcane and Bananas were once major industries on the island, but with subsidies removed, the local producers were no longer competitive.As with other islands in the area, Tourism has become the major industry. In addition, Venezuela has built an oil refinery here. 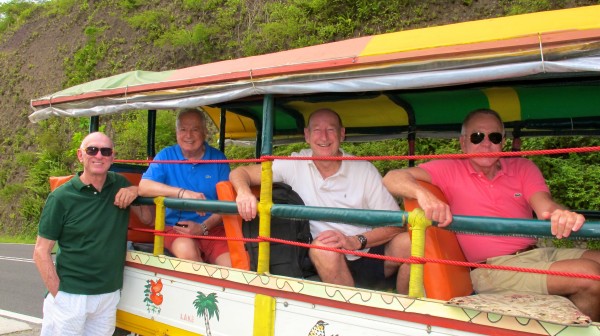 Our plans to simply wander are soon changed by the friendly approach of Nicholson, a local jeepney driver who greets us at the end of the dock. Without seat belts, or sides on the vehicle, we wind-up and around steep mountain roads (and pray that the gear-box holds in first gear as we descend), take photos, and tour the town – so much better than just wandering.

We are quite content admiring waterfalls (that others are trekking along steep mountain paths to view) . . . from a distance.

And as for descending over slippery roots on the rainforest floor to see hot sulphur baths . . . well, next visit perhaps!