hirteen hours sitting in a plane is about my limit, even in the rarified atmosphere a little closer to the front than the tail.

But if today’s experiences in San Francisco of lightning-quick entry formalities, and a sunny Spring day could always be guaranteed, I might reconsider and suffer the longer journey more often.

Only ten minutes after landing, friends, Brian from Sydney and Bill a San Franciscan, whisk me out of the airport into a warm, cloudless, blue-sky day offering to take the ‘long way home’ to my hotel via Twin Peaks. This affords a wonderful opportunity to take in the manicured suburbs and the grand view – from the ocean to the bay.

It is the start of what I’ll remember as the “Golden Gate” day. The photo album tells the story. 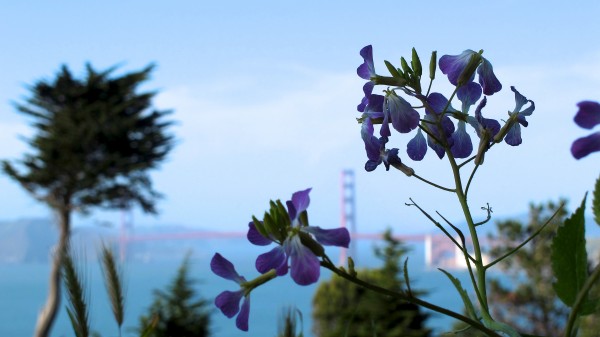 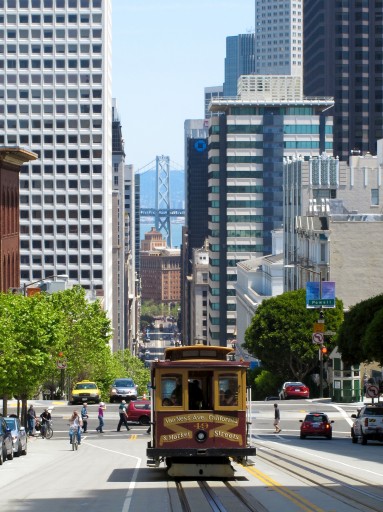 Quintessential San Francisco - outside my hotel