The ‘Best of British’ at the RAC Club in Pall Mall

he RAC Club has been operating on Pall Mall since 1897. The Club was a quintessentially British establishment; an all male bastion until about twenty years ago. 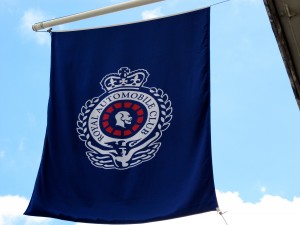 Eddy, a long-time member of the Club is our host this evening. We eat like Kings in the Great Gallery Restaurant, with its golden wall ornamentation, chandeliers and plush red seats like an amuse gueule for the eyes. The opulence and grandeur of the setting remains undimmed by time. Regrettably, the Bands who entertained on the Orchestra Podium at one end are a thing of the past.


The Menu provides a veritable Tour of the British Isles

Imagining the cold deep waters of the north, I can’t pass on trying the Orkney Scallops, and I’m not disappointed. Seared on a hot pan and served on Devon Crab Salad with a lemongrass and ginger syrup. Nice to see that very little Asian touch to what was essentially the best of British produce.

Moving from Orkney and Devon, I go to the Cornish coast for my Main course of Roasted Cornish Turbot served on Tagliatelle of Morels and Asparagus with asparagus veloute. A green and white sight for the eyes, and even better for the tastebuds.

I am quite content letting Ismael take the smelliest of the British cheeses on the trolley – the Oxford Isis. I taste; but . . never again!

After a macchiato and a lovely evening, we grab our coats and walk outside into a chilly evening and catch the No. 9 bus home. 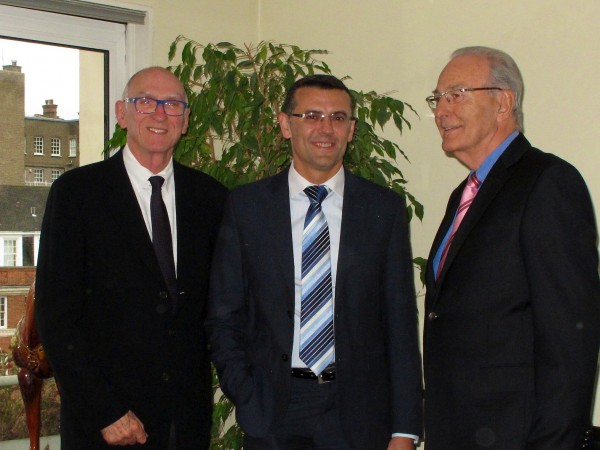 Host Eddy with Michael and Ismael