The Taj Mahal stands to celebrate the matchless love Emperor Shah Jahan had for his Queen Mumtaz. The famous Bengali poet, Tagore, describing Shah Jahans grief on Mumtaz death, wrote Running tears turned his garment white and the rest of the court followed suit. As did we!

We alight from our white-draped rickshaws walking through white-uniformed horse guards with spears and up a path lit by hundreds of white candles. We lounge on white bolsters under a new moon with plenty of cold Kingfisher and platters of prawn, chicken and beef kebabs from the kitchen of Sheratons famous Bukhara Restaurant watching Alan Guignon performing a recitation of Tagore’s poem. 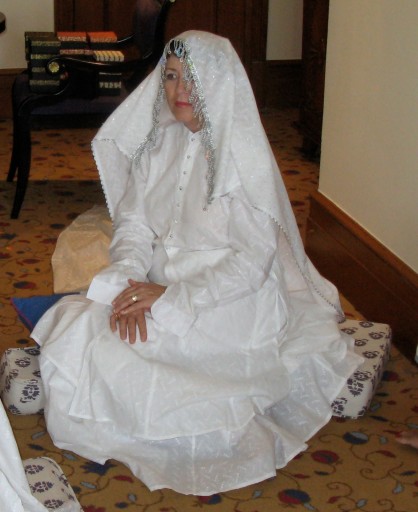 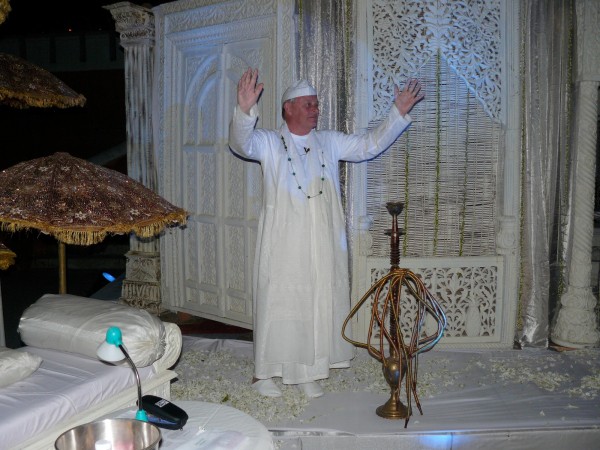 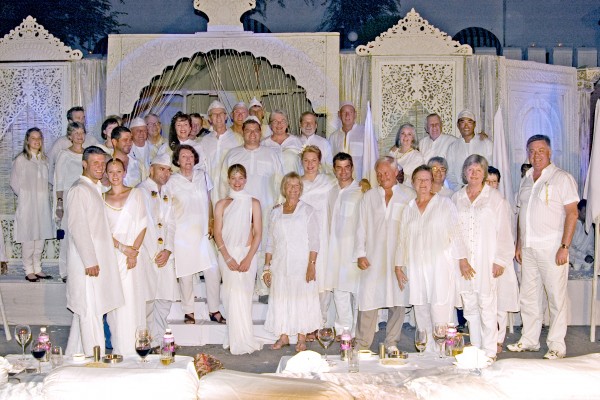 Our evening beside the Taj Mahal is devoted to “amoré”.  The famous Bengali poet, Tagore, describing Shah Jahan’s grief on Mumtaz’ death, wrote “Running tears turned his garment white” and the rest of the court followed suit. As did we! 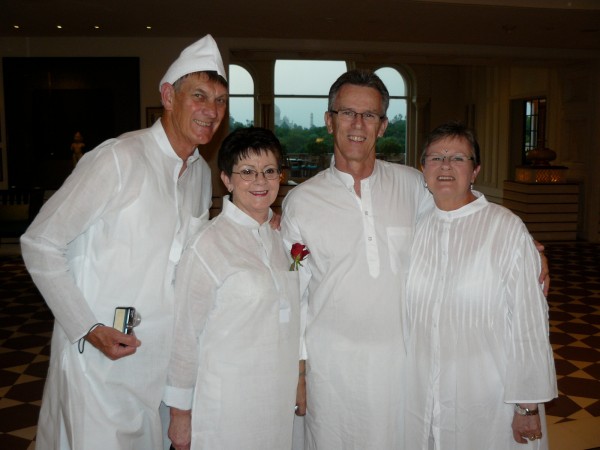 Musgraves - Brother Mark and Sister Anne on the right; Cousin Jennifer with her husband David on the left

Michael with his nephew Paul

As a footnote:
Little did the 35 guests realise that two hours before they arrived, that this magical setting, now ablaze in white and light, was a car-park for a carpet factory!

PICASA PHOTO ALBUM
Click on photo below to open and view