here’s no truth to the rumour that grand uncle Michael is scared of having a baby in the house, and no sooner had Jacqui and Satya had arrived that he was asking what time they were leaving (on Wednesday)!

It’s gospel truth however that saint uncle Michael did a load of washing on the very first afternoon to negate any baby vomit scent from lingering in the apartment. Looking at the photo, how could you not love the little fellow (and his proud parents)? 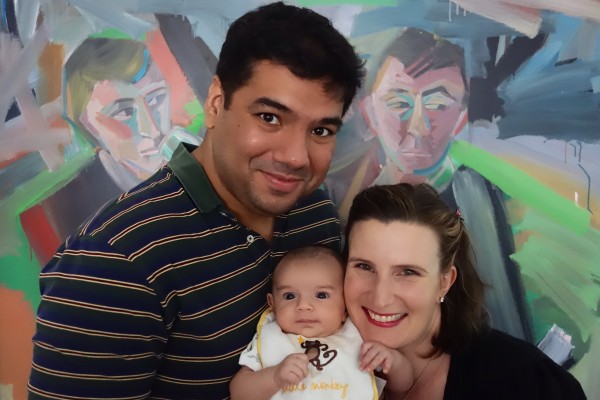 
What I don’t know about birthing babies, I make up for with ‘best practice’ teaching methods. (I hold a Feeding Excellence Eminence Award from a previous life). Mother feeds baby till he’s had his fill, and ten minutes later father responds lovingly to baby’s whimpering with a bottle of milk telling me ‘he’s hungry’. And the child burps it all up! After pushing the next load of washing on, I try to explain that there can be only one mother. 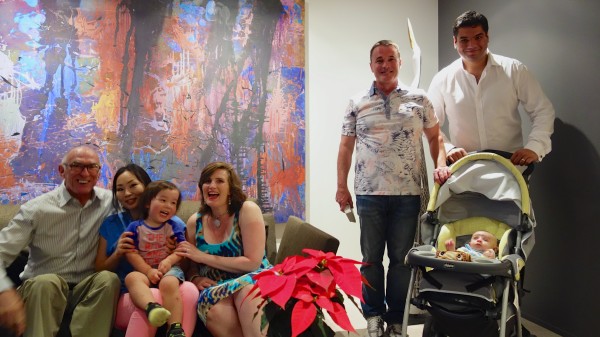 Great nephew Jude has been used to claiming the spotlight, but now he has a contender for centre stage with 8 week-old Ethan on the scene.
Brother Bill and Sister Jacqui with Mindy and Satya enjoy a drink before we go off to dinner.