Day 3, La Rioja – Other aspects of the Camino in Yuso and Suso

Home » Blog » Travel » Day 3, La Rioja – Other aspects of the Camino in Yuso and Suso

oday, in addition to a stretch of walking along the Camino route, we learn about the cult of other regional saints; and we pay homage to the birthplace of Spanish language in the World Heritage Monastery of Yuso;  and we become official pilgrims.

Day 3 - Today we walk from the hill of San Anton down into a valley of River Najerilla through the vineyards. 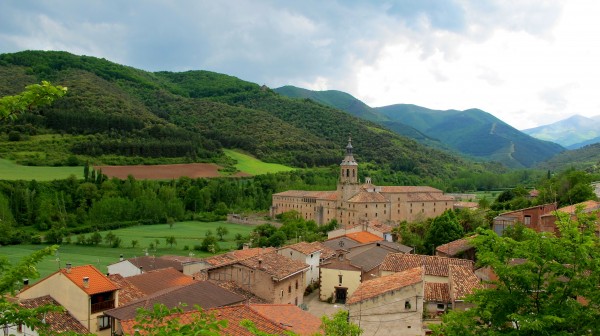 The World Heritage Monastery of Yuso, a building from the end of the 16th century where the Benedictine monks moved to when the Suso Monastery built around the cave of the 6th century St Millan up the hill was too small for the thousands of visitors. 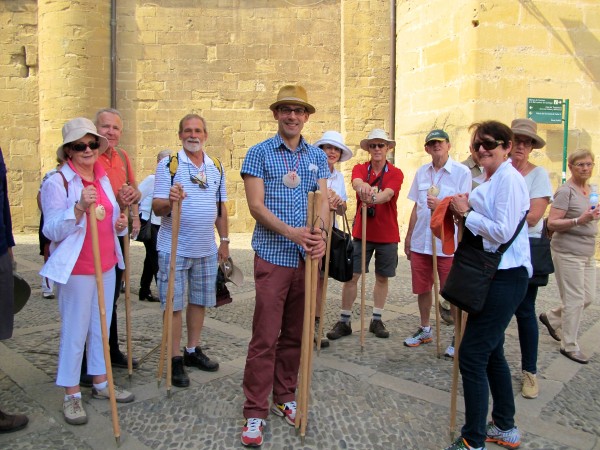 We are given the cayados (walking sticks for the Camino). These are special because they are made following the oldest tradition of the trade from Ash tree wood and carved by a hermit.