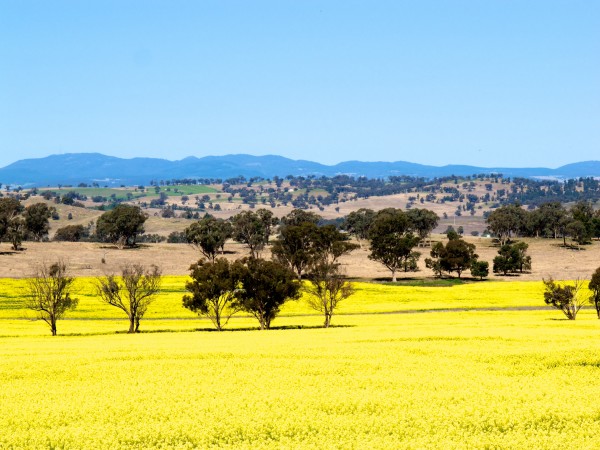 My father, Leslie Patrick Musgrave was born in Parkes NSW on 17th September 1911. One hundred years on, by amazing coincidence, I am accompanying a friend to a meeting to Parkes, and I will be there on dad”s actual 100th anniversary. 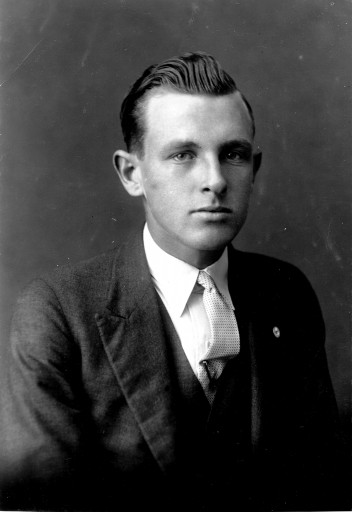 I was suckled in an air raid shelter in Redcliffe, north of Brisbane during World War II in 1942 where dad was the only medical practitioner for the whole peninsula.

on dad”s contribution to the local community that was published by the Redcliffe Museum. 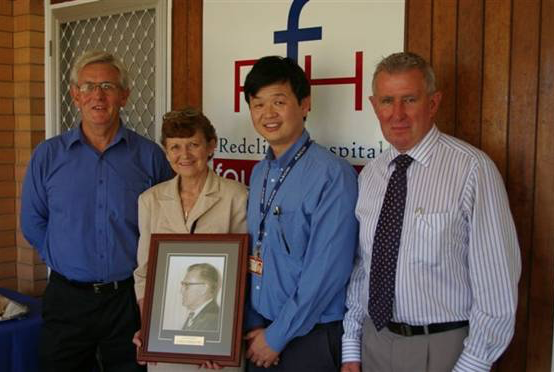 Wed 21 November 2007. From left Paul Woodcock, Mary Montgomery, Dr Boris Chern and CEO of the Hospital Foundation, Steve Hart at the presentation of a photo of Dr L P Musgrave 1911-1967 who served the people of Redcliffe1938-1948.
(refer page 3)
Dr Musgrave had two sons who became doctors. The third son was a travel executive and the two daughters became teachers. He has seventeen grandchildren but lived only long enough to see two of them.

Michelle Smith the curator at the Redcliffe Museum has mounted a number of associated items of Redcliffe’s history to complement the paintings and the photographs which adorn this exhibition.

Last week we finally handed over to Mary Montgomery, the Director of Nursing at the Redcliffe Hospital, a photograph of Dr Leslie Musgrave, a local GP who served the people of the Peninsula so faithfully during the war years. This was a time when doctors were on call 24 hours a day and had to drive into the Brisbane General Hospital to deliver babies as there was no local hospital on the Peninsula.

Dr Musgrave was well known for his generosity as he often paid for medication of needy patients as well as failing to send bills to some of these patients. He was involved with the early Redcliffe rugby league team as well as being a keen racegoer and fisherman. His photograph will hang in the refurbished foyer of the hospital upon its completion. 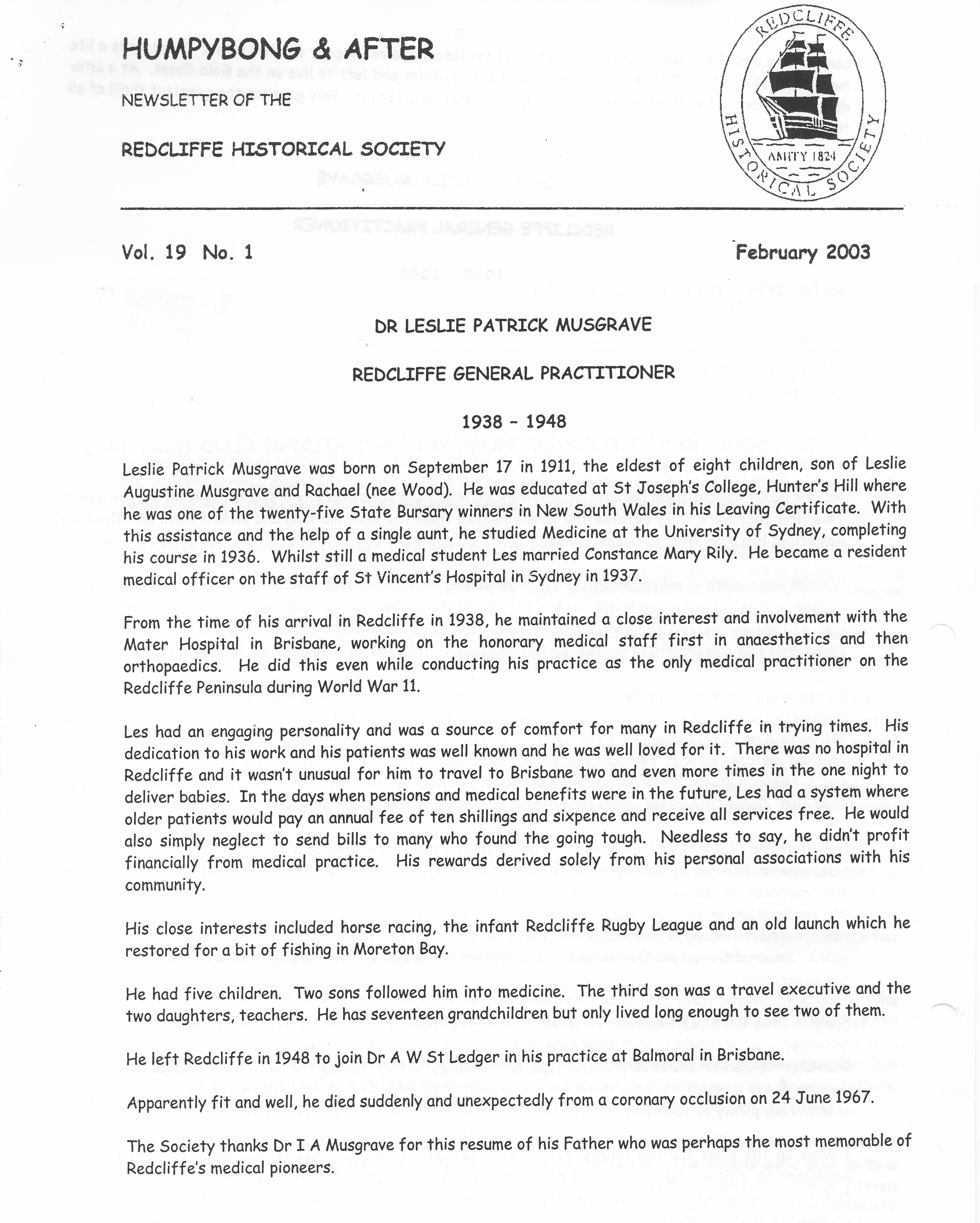