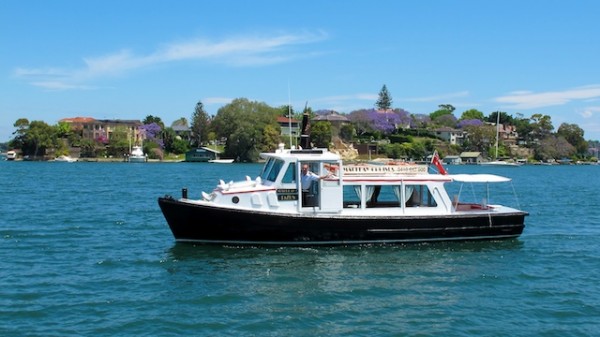 A Devonshire Tea of freshly baked scones (whipped up in Captain George’s own kitchen) is the first surprise of our harbor cruise that takes us into the Lane Cove National Park and the upper reaches of the Lane Cove River. George was up early to do the baking before slipping the epaulettes on the shoulder flaps of his crisp white shirt to greet us at the gangplank of his tidy little boat at Greenwich wharf.

The Jacaranda Season in Sydney is in full swing with blotches of purple daubed across the landscape of harbourside homes and parks at this time of year. In spots I couldn’t see the jacaranda for the masts of all the sailing boats moored in the little bays.

But there is so much more of the inner harbor to take in with so many islands that once hummed with industrial activity and now standing pretty much bastions of a time past.

Once George explains this most interesting history of our once ‘working harbour’, we disappear from urban development into the silence through mangroves and along sandstone river banks in the upper reaches of the Lane Cove River. Can this be but a few kilometres of the centre of a bustling 21st century city?

Double click on the arrow to open the Picasa Photo Album and take a look at the photos to see what we experienced, and to read the captions that tell some of the story. 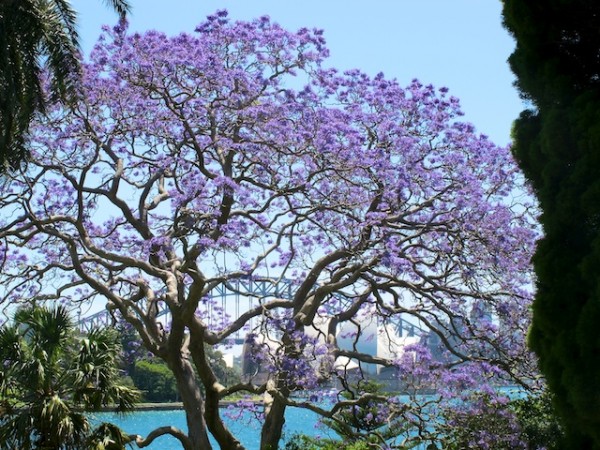