My sister Anne donned the white veil, and with the uncomplaining assistance of her dear husband of nearly fifty years, Trevor, set up camp in the guest bedroom to watch over their dear brother Michael (me). Coming home from a hospital stay after corneal transplant surgery, (and other unmentionable men things while I was in the mood for ‘going under’ at St Vincent’s), I was looked after royally.

Thankfully, after early convalescing, I could venture out for short periods. When I wasn’t being catered for with a tray in the bed, I was going out to more dinners in restaurants that Annie had a hankerin’ for, or had read about, than I do when I am alone.

CLICK ON THE FIRST PHOTO and photos will open into a large slide-show.

Three generations of Musgraves came together for for fish ‘n’ chips at the Hamptons-style beach-shack eatery, The Fish Shop in Potts Point where we met up with nephew Bill and his son Jude. That was most enjoyable. 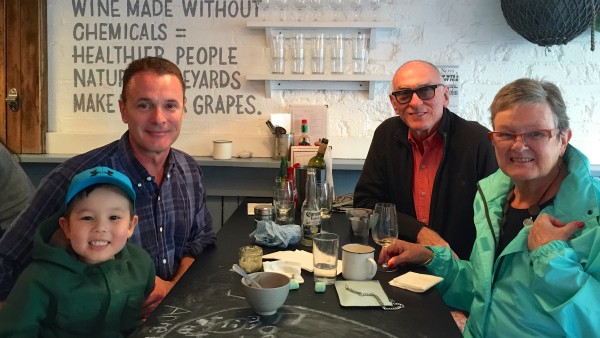 Nephew Bill with his son Jude

And at Sunday lunch time, cousins, 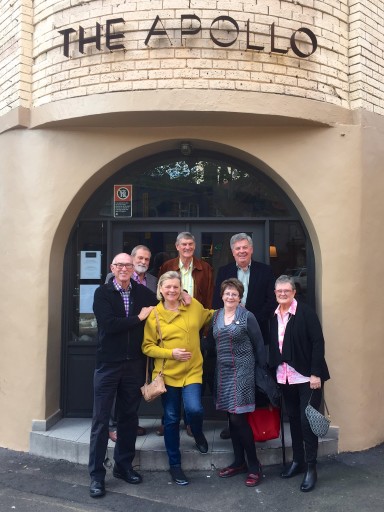 Our late sister Cathie’s husband Bob and his eldest, Danny, surprised us with a visit from the Gold Coast, and that saw us trekking down to my very favourite restaurant of the time, Cho Cho San. 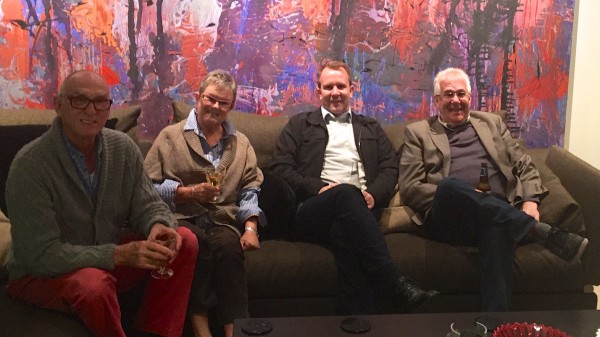 Any trip to Sydney has to include the Steak Tartare at Macleay Street Bistro for Anne and Trev – and no one prepares it at the table with such panache and style better than the smiling Sicilian, Stefano. Friend Danny enjoyed it too.

The Whelans journeyed across two bridges to visit, and to enjoy a spot of lunch and a glass of bubbly with us. June was up at 6 am making what not only looked like the best quiche ever, but also tasted that way! Devouring a generous slice, rising like a sponge cake from crispy puff pastry, I conveniently dismissed the information that this delicious ‘pie’ contained twelve eggs, three different cheeses and hopefully only one cup of cream.

Sister Annie dragged out the delicious Aunty Viv’s tomato salad (tons of sugar, salt, white vinegar and chopped mint on sliced tomatoes); and sister Cathie’s salad dressing (olive oil, honey, Dijon mustard and white wine vinegar) for the baby cos lettuce, avocado, and ribbons of cucumber. I restrained myself and stuck with a glass of water to accompany the meal. Thank you, all!

Sometimes it feels great to be the invalid with all the work in organising these outings in the capable hands of Anne and Trev. I’ll miss them both when they return home to the Gold Coast later in the week. But my eye has improved remarkably since the cornea transplant a fortnight ago, and I will survive.