Down on the Farm

ust dragged a dead ewe out of the paddock and threw her on the back of the truck. That’s the smell!” says James strolling out from the house in his socks to greet me as I pull up in my shiny, new, rarely used car beside his muddy and bloodied 4WD. “She died of pregnancy toxaemia after giving birth”, he says matter-of-factly.

Breezily giving the impression I know all about such things, I happily jump into the front cab of the muddy 4WD with James and his daughter, Jess. His faithful black kelpie races out to the truck with tongue hanging out, and he is tied on the back to come with us.

We tour the lush 1,100 acre property looking at all the livestock close-up, but there are times I find myself holding on for grim death. James ‘rides’ that 4WD leaning at a forty five-degree angle across (not up) the sides of hills, soggy from a summer of heavy rain, with me praying we don’t get bogged in the mushy ground, or worse still, roll over.

“I’ve only ever rolled a truck once, and I was by myself”, he says reassuringly.

The 1,000 sheep on the property are known as a ‘first-cross between a Merino and a Border Leicester’, and these ewes have been crossed with a Dorset Ram. It’s now lambing season and I’m amazed to see so many sets of twin lambs in the beautiful green pastures. James jumps out of the truck and chases the cutest one-day old animal, so white from mother licking it clean, and thrusts it into my arms.

All I can think about as my hand holds the baby animal under his belly is the wet umbilical that’s still dangling and seeping through my fingers! What a sook! 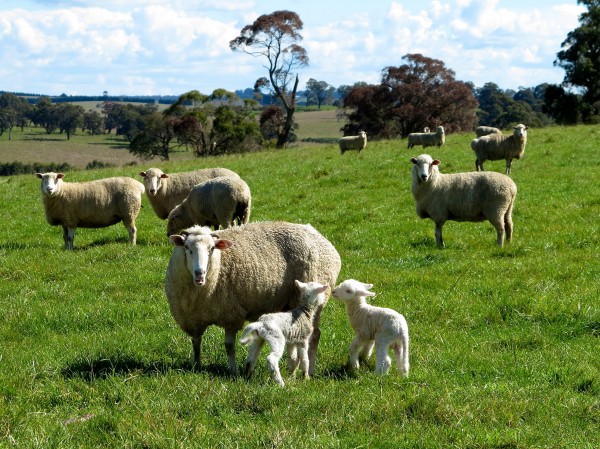 I’m amazed to see so many sets of twin lambs in the beautiful green pastures.


Talking about the 450 head of cattle that he runs on the property, the hands-on James tells me.

“I landed in Sydney on a flight from the US at six in the morning earlier in the week, but was down here putting rubber bands around bulls balls by 9.30. These are the animals I’ve identified as suitable for fattening. They become steers and are so much more valuable at market”.

In another paddock, he’s waiting to see if the bunch of prize cows is ‘in calf’.

If not in calf, “off with the head! We’re not waiting for two more years to try again!” says James wearing his very practical farm economics hat.

There’s an obvious softer side of the man as we drive along the ridge past hundreds of conifers standing like sentinels against the horizon. His favourite black Arab Stallion comes running towards us. I can remember on my last visit here some years ago, James mounted this feisty animal, cracking a whip and dispensing tough love in the ring to break him in. Today, the horse is prancing! 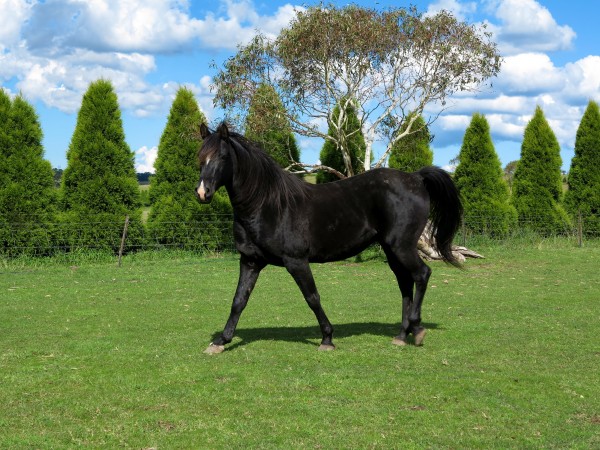 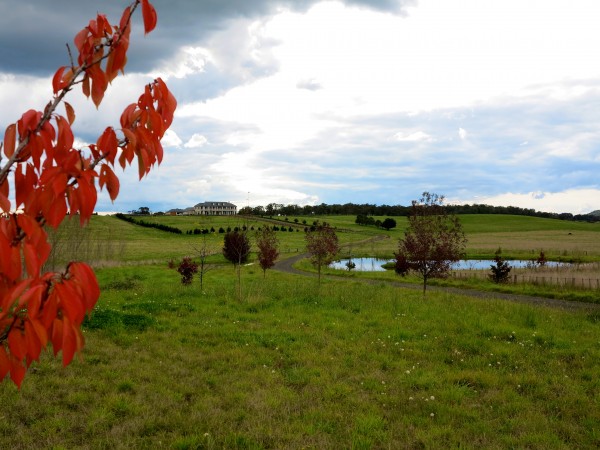 Back at the house, I settle down to a delicious roast leg of lamb that Anita has been keeping warm for an hour while I’d been out learning all about ‘life down on the farm’.


Content in the knowledge that James is never likely to offer me a job as a farm-hand, I settle down to a delicious roast leg of lamb that Anita has been keeping warm for an hour while I’d been out learning all about ‘life down on the farm’.


This is a 15-second Video from Viddy. I am just learning how to use this new App on my iPhone. 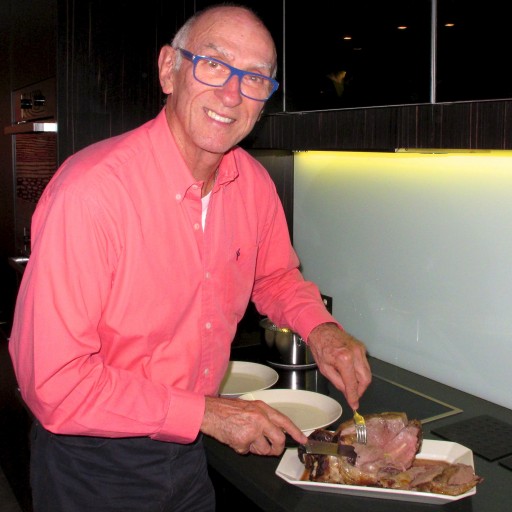 Contrary to all the hoop-la in the blog Comments, this is not the baby lamb in the photo. This roast leg of lamb is an animal six months old; so juicy, sweet, and full of natural flavour. Of course, slow-roasted to perfection by Michael

lick here to read my 8 year-old grand-niece Lucy Schramm’s ‘take’ on the photos of the baby lambs. Have I missed out by not having two girls to raise? 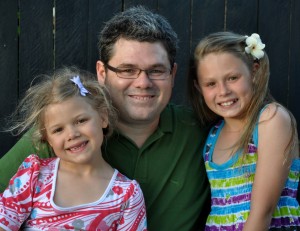 10 Responses to Down on the Farm