Yes, forty-five years since my first visit to Paris, although there’s been many visits here since in my business life.

But it is forty-five years since I travelled on Le Métro in Paris – more a daunting experience than an adventure these days, especially when I have a date and I’m running late. I recall the year precisely, because it’s the year my father died. The 45th anniversary of his death is in a few day’s time. 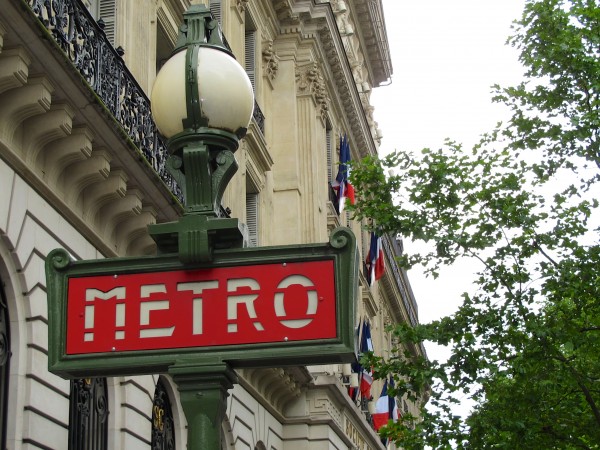 The Metro is at the end of my street and not half as daunting as I imagine. Who wants to take a taxi when this is so easy,fast, and cheap?


Equally as daunting as negotiating a foreign ‘subway’ is the thought of whether I can manage to follow correctly the precise long list of instructions on how to reach the apartment of my dinner date, Catherine.

I’m carrying mobile numbers, platform exit numbers, street numbers, floor numbers, three different building access codes, floor access codes, provided as precise coordinates by Tony, her husband and good friend from Amex India days in the Eighties. What did I do before iPhone? I feel like one of those Enid Blyton’s ‘Famous Five’ characters from childhood reading doing surreptitious detective work in the misty moors of England.

We go to a little neighbourhood restaurant Le Refuge du Passé that specializes in cuisine from the Interior of France. I can’t get more interior in another sense than their Tripoux d’Auvergne. This turns out to be what I think is minced tripe with herbs stuffed inside some other interior of an animal. I love the fresh vegetables in the pot. 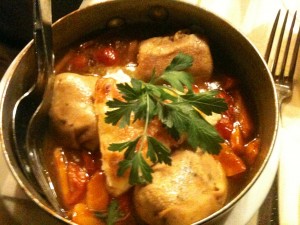 Tripoux d’Auvergne – I think is minced tripe with herbs stuffed inside some other interior of an animal. I love the fresh vegetables in the pot.


Catherine is French, a Sanskrit scholar and fluent in Hindi. She still teaches Maths as she was doing in Delhi nearly thirty years ago when we first met, but is also pursuing research into the thinking process behind 9th century Indian Mathematics that she gleans from ancient manuscripts, some even on palm leaves!

After a few glasses of chilled Sancerre and good conversation, nothing can daunt me. Coming back to the hotel on Le Métro is a breeze! 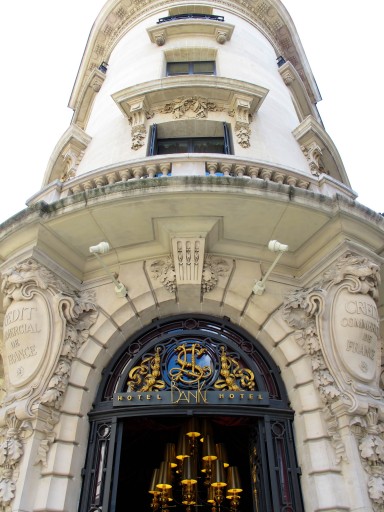 Hotel Banke, a reasonably-priced, Small Luxury Hotel only half a block behind the old Amex office in Rue Scribe. Galeries Lafayette and the other big department stores are five minutes walk. It was originally the headquarters of an old bank – Credit Commercial de France – A Spanish company has made a sympathetic makeover (and a great breakfast with Spanish touches)

arlier in the afternoon, while familiarising myself again in streets around L’Opéra, I stop in the shade of a tree to read my map. A stranger takes my attention and points to a gold ring on the footpath and bends down to retrieve it and give it to me.

Suspecting trickery is nigh, I touch my pockets, clutch my bag and move quickly on, ignoring the man’s cries to stop and take my ring! Needless to say, I do not take a bag to dinner, and I even leave my trusty companion, the Canon camera, at home.

iPhone to the fore for the top two pics in this post. 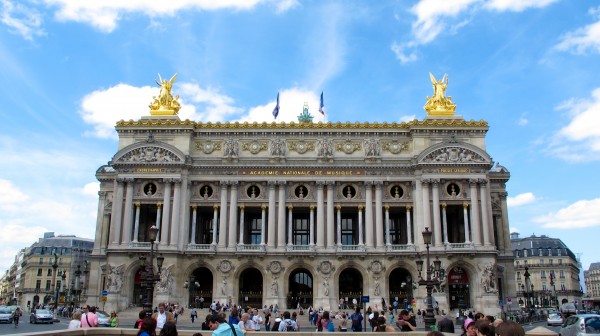 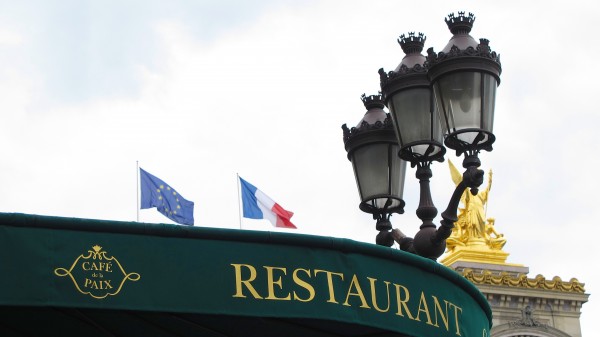 As a young boy, Uncle John Cliffe brought home an ashtray from Le Café de la Paix à Paris that he had signed and they baked his signature greeting into the porcelain. That was 60 years ago, and here the same logo, and same restaurant on a prominent corner in Paris near L’Opera