Life in the Slow Lane – in Miami 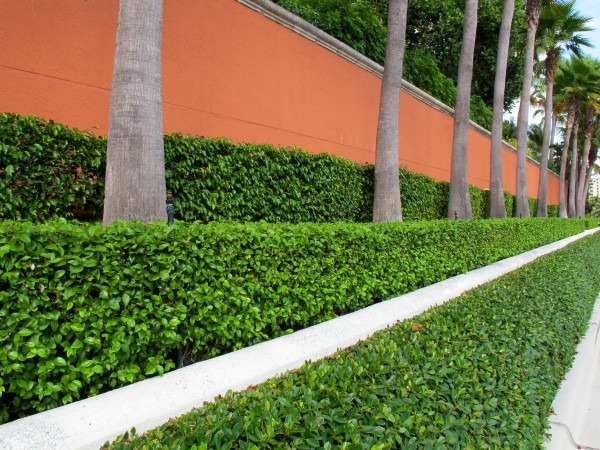 Like everything inside Edmundo's apartment, the gardens in the complex are similarly 'manicured'

Staying at the home of my old friend Edmundo in Key Biscayne, there’s been days when I was still in my nightshirt in the afternoon.

There’s a regimen to daily life living under Edmundo’s roof, commencing with a soft knock on my bedroom door at eight each morning, followed by Regina announcing “Coffee’s ready!” Strangely, I always drank a pot of tea, but I rather liked the sing-song sound of her “Coffee’s ready!” call to come out for the full Brazilian breakfast table groaning with sliced exotic fruits, berries, cake, and hot toast for the cheeses. How I’ll miss that! 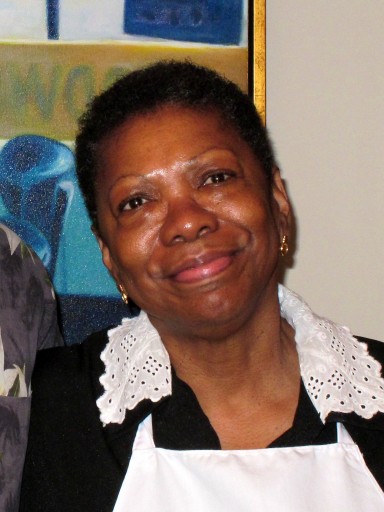 I wake for Regina's soft call for breakfast each day, "Coffee ready", even though she serves me tea


It didn’t take any persuading for me to follow Edmundo’s practice of returning to the bed for an hour after breakfast, nor to an afternoon nap after Regina called us to tea at four.

As much as we vowed that my ‘break’ in Miami would be ‘without program’, we ended up ‘out to dinner’ with friends almost every night, mostly in local restaurants. Susan Kelley invited me to her home on Sunset Island as her ‘guest of honour from Australia’ for a wonderful dinner party around the pool. An intriguing guest list included a Syrian Mexican, now a Justice in the US Court System, and an Argentinian painter, who doesn’t let life in a wheelchair slow his energy in the slightest.

(Susan is another case of ‘enduring friendship’. We worked together from my early time in New York in 1975. On mum’s visit to New York a year later, Susan charmed her over afternoon tea on the porch of her Gramercy Park brownstone, and, for a fleeting moment, had mum wishing I had at long last found the ‘ideal woman’). 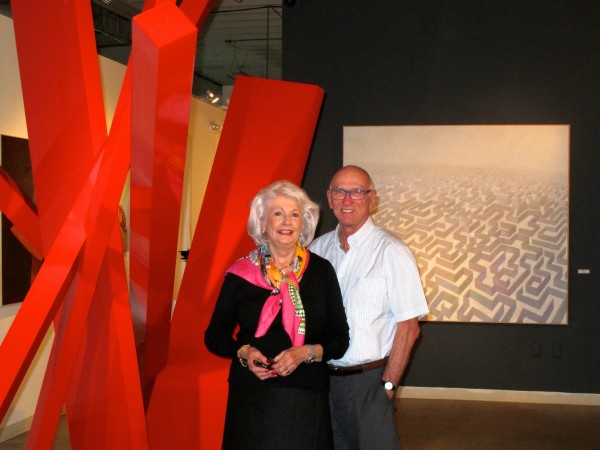 IN MIAMI AND CATCHING UP WITH OLD FRIENDS FROM AS FAR BACK AS 1975 when I first moved to New York. Here is a photo of my good friend Susan, who now has her KSR Art Gallery in the Wynwood District of Midtown Miami


Edmundo’s close friend Tere Benach entertained at home with a delicious shrimp gumbo, and cake with guava paste – real Cuban home-style cooking. At the only dinner party at Edmundo’s, Regina excelled, spoiling the Brazilian guests with their favourite ‘o-so-sweet’ passionfruit dessert with freshly shredded grilled coconut. So good, Edmundo’s sweet tooth got the better of him in the middle of the night and he snuck to the refrigerator and polished the rest off. 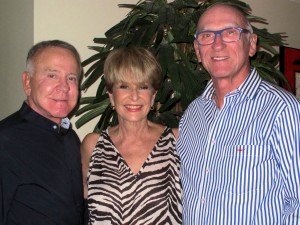 
I’ve been looking for a suitably sized object to replace Buddha in the black marble niche at the end of my hall in Elizabeth Bay. A Sydney friend suggested I find an old ‘Infant of Prague’ statue while in Brazil, but I never expected that I’d walk into Susan’s gallery and walk out with a sculpture in bright blue by a celebrated American installation artist. Only it is not for the black marble niche. For that, I was knocked over by another cool, very smooth ‘Zen-like’ work in bright yellow that you just want to pick up and nurse (but only with cotton gloves please!)


The lure of a recently announced Canon G1 X camera finally got us into the shops – on Day 11!  But none on the shelves as yet. Lunch at Neiman Marcus is one of those quintessential American experiences before the onset of food courts and denim fashion.  A simple salad with a pile of pure-white plump crab meat next to a wedge of Romaine lettuce with corn and mango salsa for the princely sum of $15 brings with it crisp white linen napery and silver cutlery. I haven’t seen hot popovers since I lived in the US and here they come straight from the oven with a pot of strawberry butter. Delicious! Mothers with perfectly dressed children, most behaving like perfect little puppets, and a table of elegant young Brazilian women with Presidential gold Rolex watches, Hermes bags, and perfectly coiffed hair are just a few of the ‘ladies who lunch’ set chatting away quietly at all the tables. This was an unexpected treat. Dining out in America is certainly a lot less expensive than in Australia.

I have to confess that the lassitude that descended on me for nearly the complete holiday was not all to do with being lazy. I simply enjoyed doing nothing, and being waited on, having my clothes washed and ironed daily, for a change! Also, the weather was not conducive to getting out and doing things. In nearly two weeks, I think we had but two hours of blue sky. Now I return to a Sydney Summer, where I hear it hasn’t stopped raining in weeks. Global warming?