Every bit as good as the last time I drove here with Eddy on our way from London to the Villa Verde in Camaiore more than twenty years ago. And we’re sitting at the same table, outdoors on the edge of the Terrazza of the Hotel Splendido overlooking the harbour. This time, Bill and I are dropping in for lunch from a cruise ship, the ‘Silver Spirit’.

There is the hotel, high on the hill in Portofino overlooking the small harbour surrounded by colourful little houses. Sails are being hoisted on sailing boats in readiness for a regatta this afternoon.

Discovering a path up to the hotel, winding around the mountain taking our time to stop and smell the jasmine (and the Pierre de Ronsard roses in profusion that I recognise from my own garden in Bellevue Hill) is part of the fun. 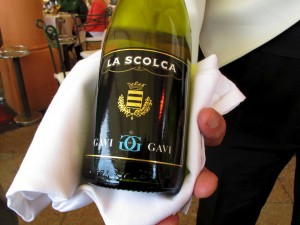 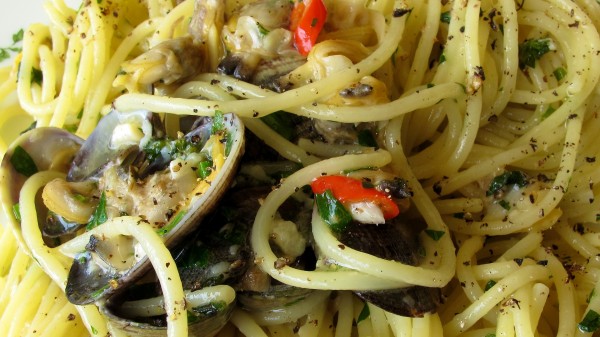 
Luca our young Piemontese waiter pours the Gavi telling us that this is the region of Italy where he grew up and spent his holidays picking these grapes, before bringing the wonderful Spaghetti Vongole. The aroma is bettered only by the taste from the sea shells combining beautifully with touches of chilli, marjoram, garlic and olive oil.

Eddy, no green salad this year! I choose the local artichoke salad, raw, with walnut oil and parmesan shavings and an occasional hit of a pungent fresh rosemary leaf. Luca gives us an extra swirl of the local olive oil and a ceremonial single twist of the wrist of the pepper mill leaving us to the flavours.

I won’t mention the second plate of petit fours with the macchiato. 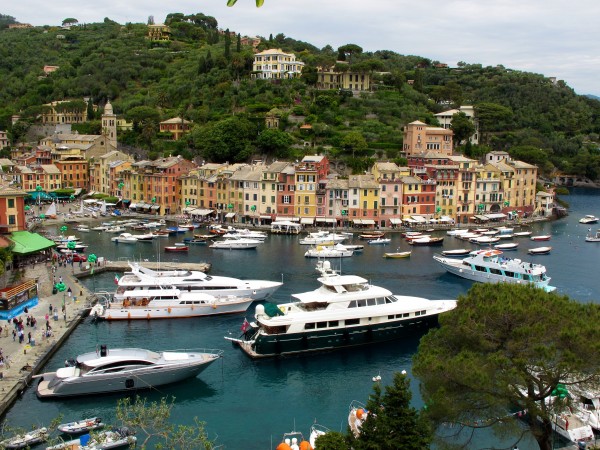 The harbour of Portofino