Our Neighbours in Timor

he word neighbour derives from those near-by. When the neighbour is drawn into the exchange of kindnesses, our human-ness is enhanced by the enabling of goodness.

This is what the relationship between St Canice Elizabeth Bay parish and the Jesuit Mission in Railaco is all about – simply being neighbourly, the mutual comfort each of us derive from having good neighbours.

Introduction to the Immersion Experience

We are ambassadors of St Canice Parish in its long-time involvement with Railaco.

Our visit to Timor is an ‘immersion’ experience. As ordinary people, we go to Railaco to listen to the voices of others who speak of ordinary needs.

On an immersion experience such as this, we enter into friendships which can move us to live differently; to act on their behalf with a certain passion for justice issues. It brings us together in growing awareness of our connectivity with each other through global solidarity. It grounds us in compassion for each other, and in the care of our common home.

The primary purpose of our immersion is to get a better understanding of how the Jesuit Railaco Mission serves the people of Railaco through a children’s feeding program, mobile medical clinic and secondary school.

This is grassroots. Hopefully, we then return home to share our personal experiences, in order to inform the wider parish about future opportunities and involvements. Hearing our stories, other parishioners may be inspired to tap into their own networks, in support of a valid cause – less fortunate people in a nearby land, to whom we owe a great deal.

Articles you may like to read prior to your trip.

East Timor profile – from Portuguese 1600’s to present time Please click on this link to view Profile in more detail.

THE SPARROW FORCE
Parishioner Paul Cleary’s book, The Men Who Came out of the Ground, is really aimed at shedding light on what took place in the rugged mountains of Portuguese Timor during 1942. It was overshadowed by the momentous battle for New Guinea and most of the events were covered in an appendix to the official history of the Second World War. Yet this campaign is still the cause of agitation in the community almost 70 years after the event.

Consider these facts. Of the 23,000-plus Australian troops deployed to the Asia-Pacific region in late 1941 as part of a disastrous forward defence strategy to protect key islands, nearly all of these poorly-equipped men were captured and many were killed. All, except for one unit of 270 officers and men known as the 2/2nd Australian Independent Company stationed in Portuguese Timor, which was serving as part of the 1400-strong Sparrow Force based in Dutch Timor. A third of those captured later died in POW camps.

The 2/2nd Australian Independent Company became the only unit within the entire 8th Division to face the Japanese in early 1942 and remain an integrated fighting force. Filmmaker Damien Parer said after spending 16 days with these forces at the end of their year-long campaign: ‘These men of Timor are unique in that they remained an organised fighting body all through the lightning Jap successes … These lads are writing an epic of guerrilla warfare.’

Months before the Australians met the Japanese on the Kokoda track, these bearded commandos were carrying out deadly ambushes on Japanese convoys and strongholds across the territory.
Please click on link to read on:

THE GENESIS OF THE ST CANICE RELATIONSHIP WITH RAILACO
Click on this line to view video of the Genesis of the Railaco Mission Program:

Click on this line to view video of 2017 updated status of Railaco relationship :

AMERICA MAGAZINE ARTICLE ON RAILACO JESUIT MISSION
A journalist from AMERICA MAGAZINE, A US Jesuit Publication, has written on ‘How one Jesuit parish is bringing food and health care to the margins in East Timor’.

Please click on this link to read the article.

Australia and Timor-Leste signed the long-awaited treaty at the United Nations in New York in March 2018, settling a formal maritime border between the two nations after more than four decades of dispute.

Read an ABC News Report dated 22 April 2019 for an update. Click on this line to open link. 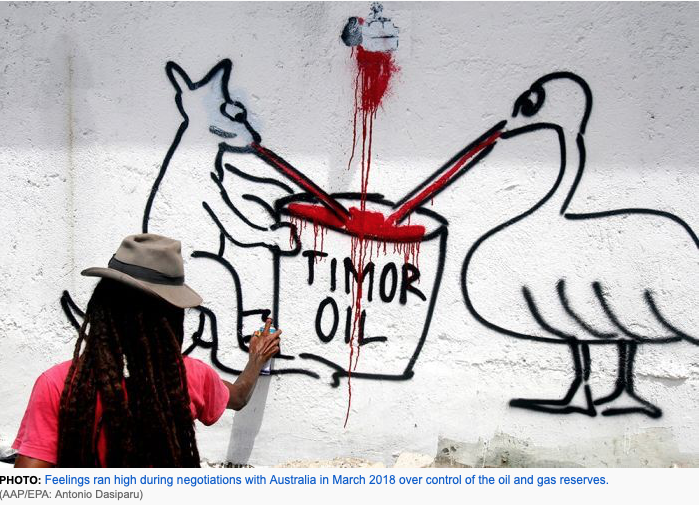 CLICK HERE on this line of type which opens to the link to know more. 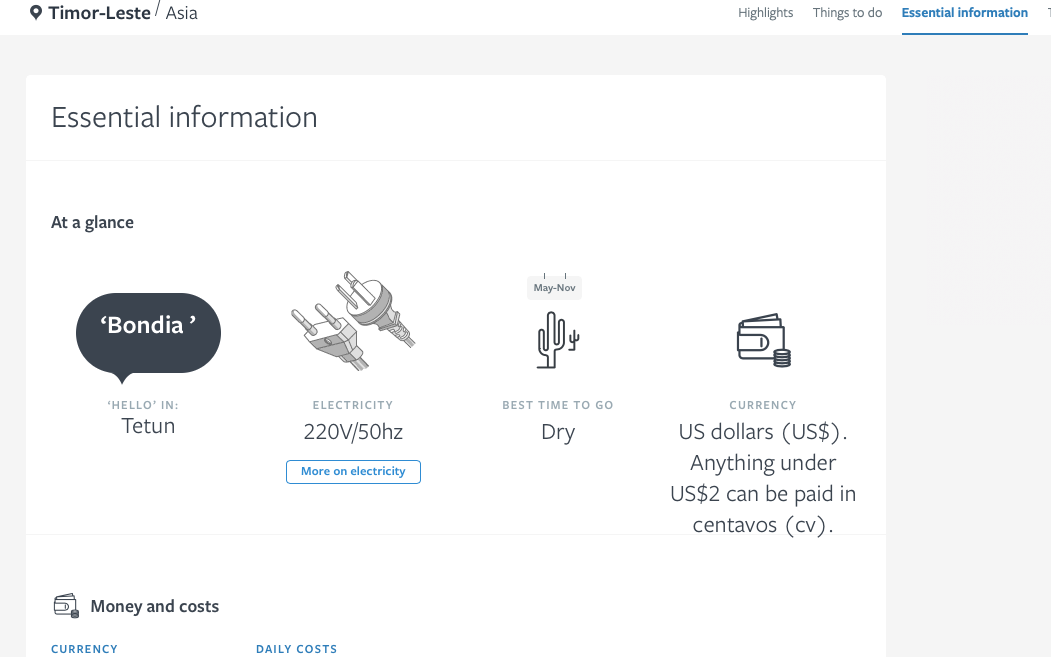 WE ARE AUSTRALIAN - LYRICS & TUNE
We Are Australian

When we visit NOSSEF, our Railaco Secondary School, the student body will welcome us with song and dance. You might like to have your cameras at the ready.

One of our ‘immersion’ group is 10-year old Elijah Slavinskis, who with his parents Lynda and Peter were parishioners at St Canice’s a couple of years ago when Elijah was starring in the child role in ‘Kinky Boots’. Elijah has been so keen to go to Railaco. This passion came from his taking part in and singing at two of our St Ignatius Day Masses, where he ‘connected’ with the message of Railaco. His mother Lynda is accompanying him. 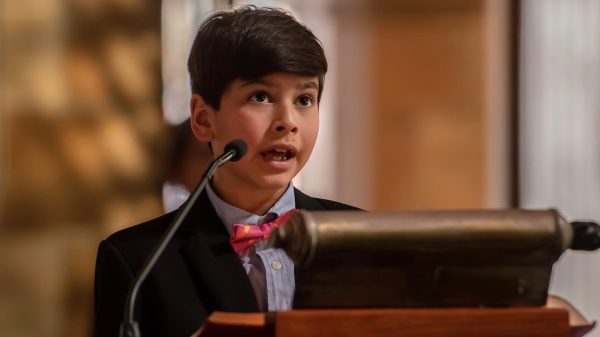 In response to the NOSSEF welcome, Elijah will sing “I Am Australian”.

Please see lyrics below. He will sing a capella once through. Then, Lynda will have her portable speaker and play the tune from her phone.

It would be very meaningful to the students if all of us were to join in in singing the chorus.

We are one
But we are many
And from all the lands on earth we come
We’ll share a dream
And sing with one voice
I am, you are we are Australian