Glasgow – Maybe Grey but not Grim 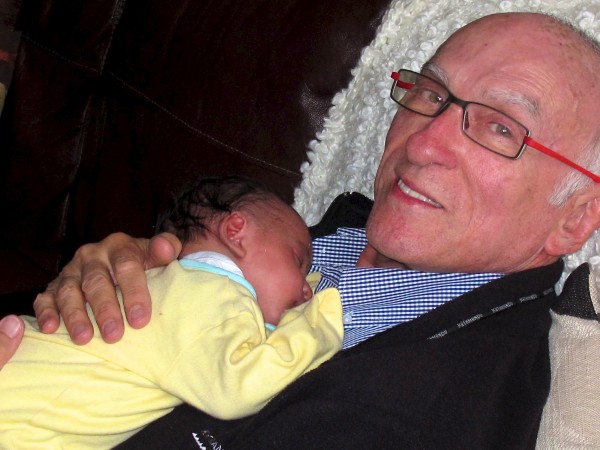 I visited Glasgow for the weekend to see my new grand-nephew, Jadon

Would u believe I have sunshine in Scotland today? Well, for some of the time.

Why am I relating what I see walking the streets of Glasgow today to Rangoon, in Burma where I visited earlier this year?

Rangoon, a far-flung outpost of the British Empire, was surprising not only with its 19th century buildings of British Mercantile grandeur, which were quite dramatic for a city in the Orient, but also with the realization of its past importance as a major transshipment port for commerce between the Orient and the UK.

Now walking the streets of Glasgow, with its grand old mercantile buildings, all in sandstone, I can also feel the pulse that was. Unfortunately, the days of commerce have faded and the buildings are now used for Retail outlets and coffee shops. Sad!

However, the grime and soot from burning coal for heat and power has largely gone. Retail outlets bring life of a different kind. Sunday shoppers are out in force along the pedestrianized streets. Regeneration is in the air as the city prepares to host the 2014 Commonwealth Games.

Glasgow came to prominence as a centre of commerce between America and Europe in the days of the Tobacco Trade in the 17th century. Merchants built the grand buildings and so many warehouses along the river.

The route of the trans-Atlantic voyage from Virginia and the Carolinas for sailing clippers was twenty days faster to Glasgow than it was to the south of England.  This was before the American War of Independence. Looking at regeneration projects, including cultural and residential venues along the River Clyde today, it’s difficult to imagine that at its peak, 400 sailing ships could dock and off-load their cargo, and seventeen shipyards provided employment.

Visiting my nephew, Jeremy and his wife and new baby in the West End, I learn of tenement architecture. It is not the monotonous row after row of colourless houses in tree-less streets, but grand sandstone structures of flats with high-ceilings in what is a beautiful green setting of Kelvingrove. The University of Glasgow, the Art Gallery and the Botanical Gardens are also in this area.

At three weeks, my new grand-nephew Jadon isn’t showing whether his features will take on nephew Jeremy or the more exotic mum, May.  The baby’s name, Jadon, has that biblical strength and is well suited for a boy of his mixed culture and heritage. Of course he behaves well on the chest of the old grand-uncle, and is smart enough to just sleep.  There’s no ‘rutting’ with lips like the fish out of water as he is want to do when he is anywhere near mum’s breast.

May and her sister Rima rustle up a West Indian and Sudanese feast for dinner at home. While I savour it, I think Jerry, like his brother Bill, thinks it’s all good tucker. He’s happy!

One click on the arrow and watch the Slideshow. Double-click on arrow and Picasa WebAlbum will open in full screen.

2 Responses to Glasgow – Maybe Grey but not Grim