‘Some Wine?’, ‘Red Tomatoes?’, these are the questions!

Life at sea is not always a piece of cake.

Not when we are constantly being bombarded with kindness and being asked at meals if we would like ‘more wine?’. I was starting to think I was an old lush!

And not, when day after day, having to face tomatoes that are colourless and tasteless!

But after one week at sea, the matter seems to be ‘in hand’. 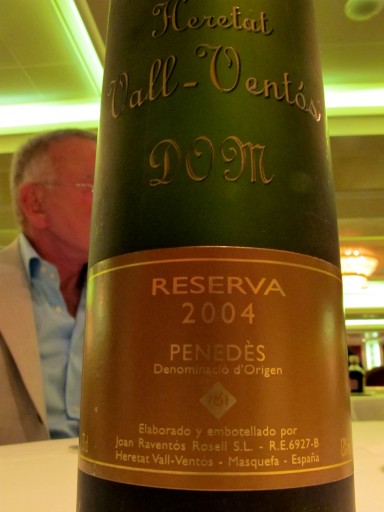 More of this delicious Spanish 'red'?

I was pleasantly surprised at lunch today when two different waiters asked if I would like ‘some wine?’. My word to the Head Sommelier Katrina must have hit home. Last night I mentioned this lack of etiquette to her and told of of my Aunty Viv’s training when I was a teenager. ‘Never offer anyone ‘another slice of cake in case the person may think you have been counting (the number of slices already consumed)!’

Also last evening, I mentioned the tomato situation to Sujhit, the Food & Beverage Manager, who advised me to call him the next day if the new tomatoes brought on board in Barbados were not to my redness.  Well, they weren’t, and the maitre at lunch did phone him.

Serve me right! I’m still sitting here with John and Jim, all of us eating a large plate of red sliced tomatoes to save my being red-faced. 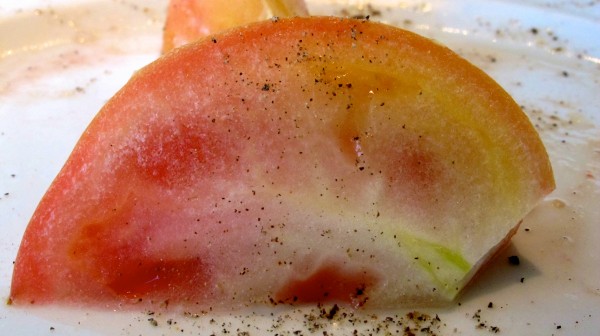 The not so red tomatoes

2 Responses to ‘Some Wine?’, ‘Red Tomatoes?’, these are the questions!