In the mid-20th century, young nuns in the local Mercy Convent swam freely in a natural rock pool off Shelley Beach in Cronulla, south of Sydney. It became known by the locals as the nun’s pool.

Now, in the 21st century, “The Nun’s Pool” is also the name of a wonderful contemporary restaurant across the park from this once hallowed swimming spot.

The link and point of interest for me is in more than just the name! 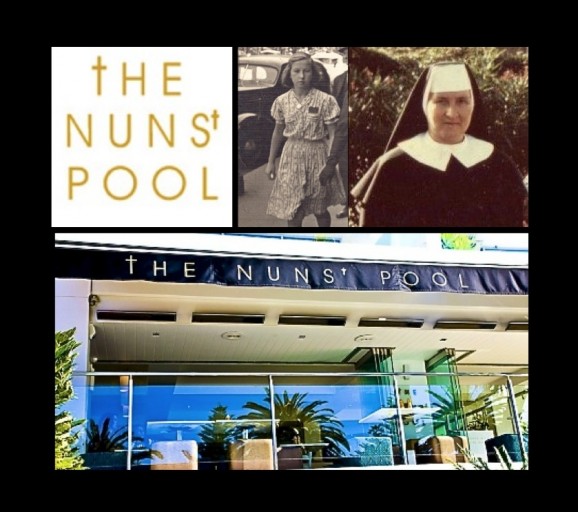 My Aunt Monica in the days when "the nun's pool" in Cronulla was for swimming. Today - a contemporary restaurant run by young Anthony 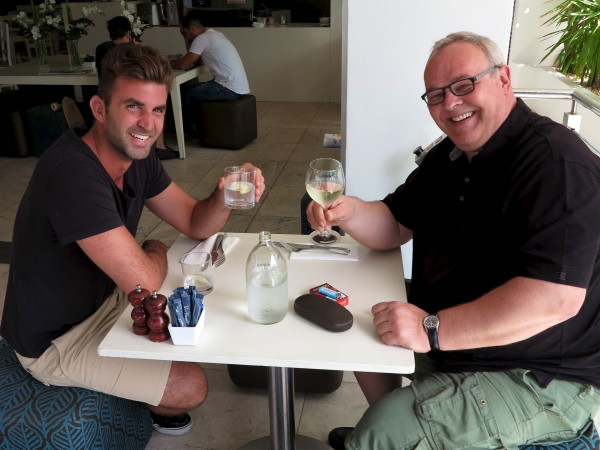 Host Anthony with my visitor from Berlin, Frank at "The Nun's Pool" across from Shelley Beach in Cronulla

My soon to be 86 years-old Aunt Monica is one of those nuns, who played like girls in the water of the rock pool in the early 1950’s. Although, on visiting her today in the Stella Maris Convent where she now lives in retirement, she tells me “I never stayed in the rock pool. It was boring. I swam out to sea!”

Young Anthony, the owner of “The Nun’s Pool” is a friend of mine, from his earlier days at the Grand National in Paddington. He always greets me with a welcoming smile and sends me away with cappuccino and homemade cake for Aunty Mon, and also Aunt Bobbie, who lives in the same home.

Father Frank from Berlin came with me for the drive today and we enjoyed a delicious corned beef sandwich with pickled onions, and a wonderful insalata caprese with my favourite oxheart tomatoes. I won’t mention the fig, walnut and cinnamon tart because I am still on my diet. 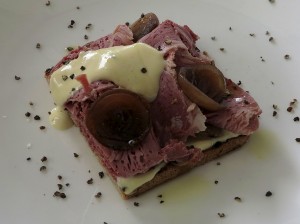 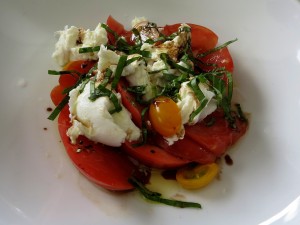 My favourite oxheart tomatoes in the insalata caprese

Aunts Monica and Bobbie with Michael at Stella Maris

4 Responses to Why am I interested in a nun’s pool?