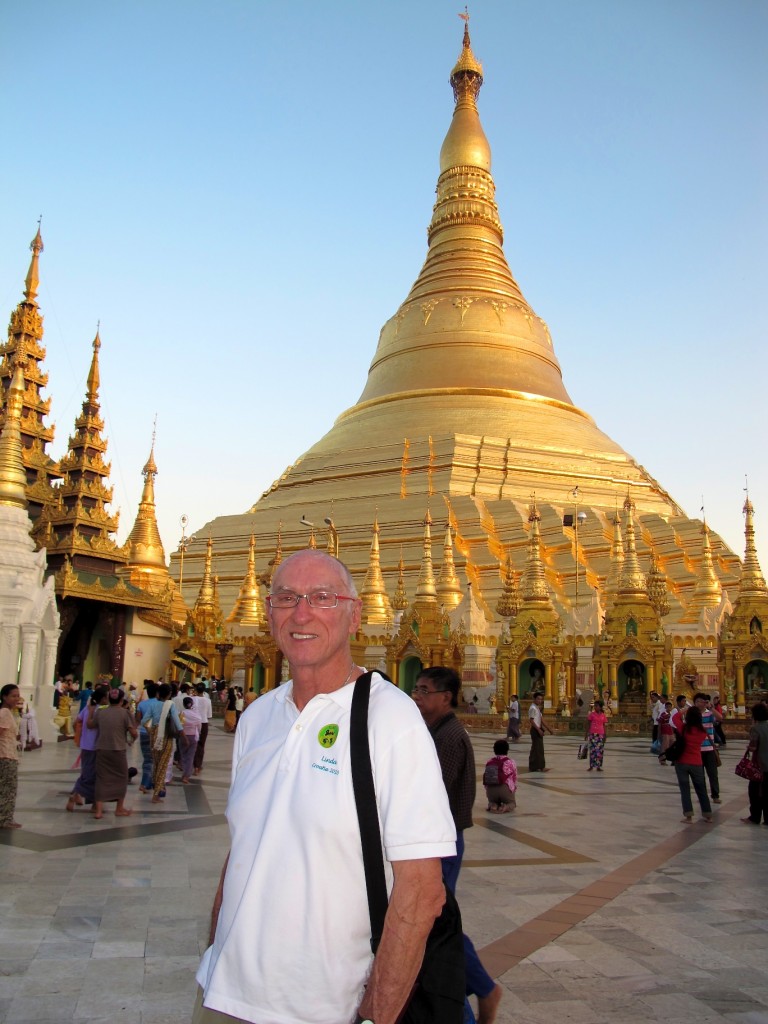 Yangon! It’s amazing feeling to be walking in the tropical heat in a city that is so British in its planned layout and buildings.

There’s a ‘mercantile grandeur’ in the old British buildings that line the Strand along the riverbank.  Before coming here, I had no conception that Rangoon was such an important commercial city and a shipping hub for Britain for a century from the mid 19th century. A cold Dagon beer in the bar at The Strand Hotel was very necessary as a reviver after exploring the streets in century heat.

The British rebuilt a fire –devastated Yangon after the Second Anglo-Burmese War in 1852 and renamed it Rangoon.  Even after fifty years of neglect, with decaying edifices, broken footpaths, and whirring generators to combat frequent power failures, there’s no mistaking strong British influences mixed with sidewalk vendors and food stalls at every turn.

It’s exciting to be here.

I feel an uncanny familiarity with Havana, where my impressions were of a large Spanish city with buildings colonnaded to protect from the sun, broad avenues decorated with statuary and bronze urns, in a park setting plucked out of Europe and transplanted in Cuba, a tropical Caribbean island less than one hundred miles from Florida.

Both cities were major commercial hubs and transhipment ports for shipping between England or Spain, and both suffer a demise brought about by governments with contrary political agendas.