In Search of the Baron

here’s the old key to the chapel down in the forest?

James tells us we must say hello to the Baron, René-Ferdinand, lying there in the crypt, or else he’ll rise in the mist of the night to haunt the chateau. 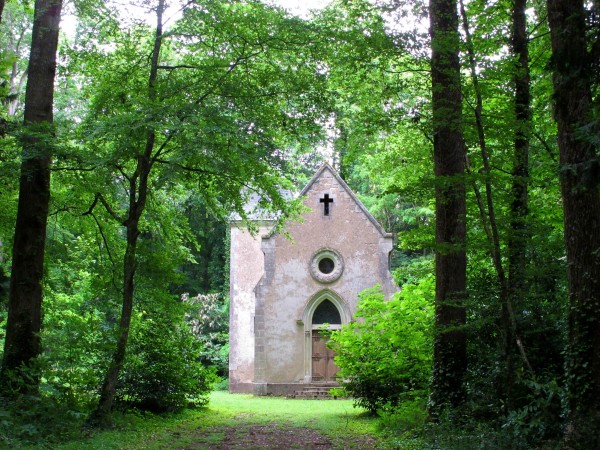 The chapel in the forest, dedicated to Saint Barbe (Barbara) was originally built in the 18th century, but rebuilt in 1914

‘The Baron’ played a significant role in the history of our Château and its grounds. He was a a bridge and causeway engineer, but seeing these gardens, he was a gardener par excellence too. Now perhaps . . . a ghost!

Two hundred year-old, ten metre-high lime trees in a double row form the rectangular area behind the chateau that lead us into the chapel in the forest to pay our respects. Here in the crypt lies ‘the Baron’.

The chapel dedicated to Saint Barbe (Barbara) was originally built in the 18th century, but rebuilt in 1914. A wooden statue of the saint stands in the chapel. The original wooden altar and a fresco depicting Christ scaring away demons in hog’s bodies in the vestry are all that remain of the original. A stone in the vestry with Latin inscription dated 1720 is testament to the origins. 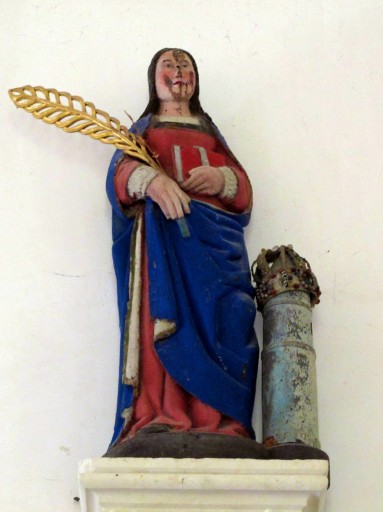 Old wooden statue of St Barbe (Barbara) near the altar

Brushing cobwebs aside and using the light on my camera to peer deep into the dark crypt, I come face to face with the Baron and his’family’. I feel no fear.

However, on returning to the chateau later in the afternoon, I find both Anne and Edmundo taken to their beds in the grip of some ethereal influence that renders them mute.

Has the ghost of the Baron visited? 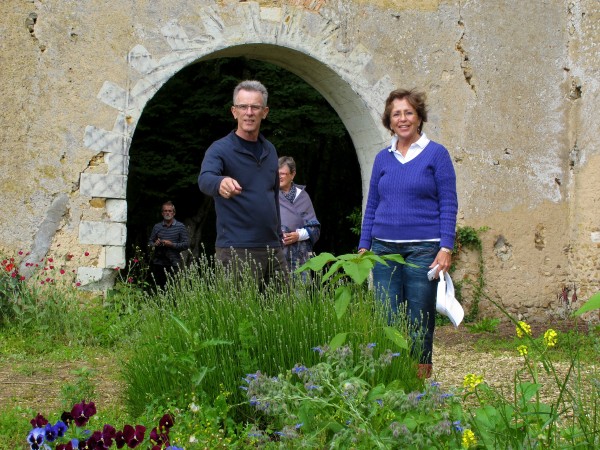 On the way back from the forest, we find the parsley and mint in the walled garden