Hot Air Balloon in the Loire with Touraine Montgolfière 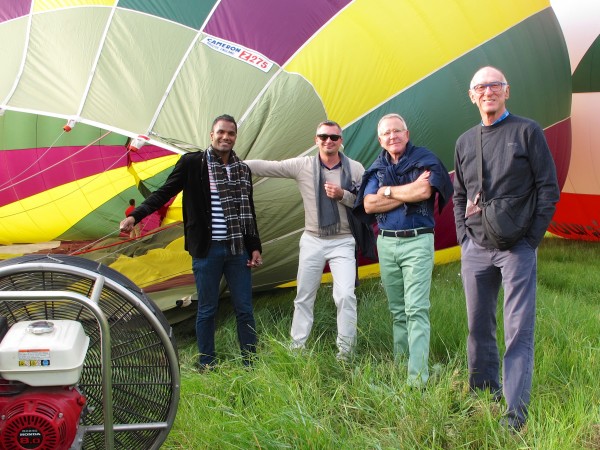 Ben, Michael I, Edmundo and Michael M watching the balloons being inflated

antistique! There’s not a breeze on this perfect afternoon around 8pm – just the birds to break the still of the field. That is, until Franck, our pilot for the balloon ride, fires up the gas burners that are attached to the basket that will carry twelve of us. He then gives us a briefing and allocates our corners of the basket and we climb in.

Rising out of the field, above the tree tops of a dense pine forest, we leave the other balloon below us. We seem to be floating for just a few seconds before we see, like in a mirage, the Château of Chenonceau astride the river. It is reflected in perfect mirror-image in the majestic Loire. 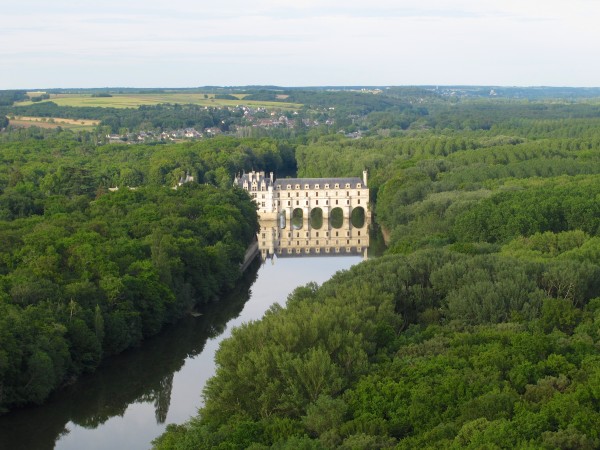 Like in a mirage, the Château of Chenonceau astride the river

It’s the only château we are going to see, and on reflection that’s a bit of a disappointment. However, we could not have asked for a better ‘magic moment’ than the one we got over Chenonceau, so I’m happy.

We float like a bird, aloft for an hour taking in the river, the fields and the countryside below us (and taking so many photos). 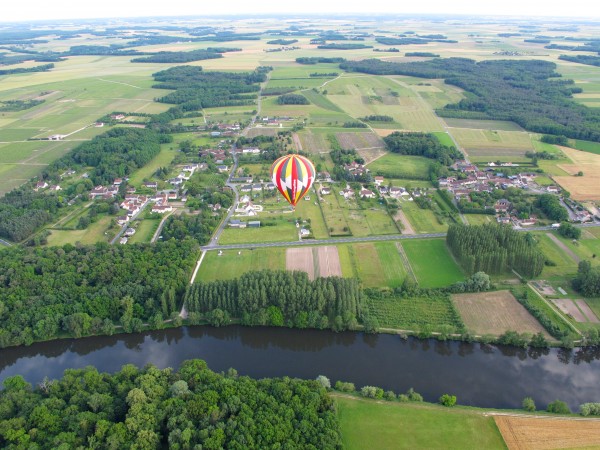 We see beautiful countryside and country life, but no more châteaux

Great skill coming into land, low and slow with an eye to the power lines and the other watching carefully to clear the tree tops on the perimeter of an unsuspecting farmer’s field. We come down with hardly a bump. Just worrying for thirty seconds as the basket rests on the ground and suddenly tilting at forty five degrees, until Franck rights it somehow.

We climb out into the soft, deeply furrowed, unevenly ploughed field. It’s full of prickly thistles and weeds, which prevent us from getting a sound footing. Giant mosquitoes buzz and bite. Snakes are a fear for some, while others complain of ants crawling up their leg and biting. With my record, I’ll be checking for ticks in the privacy of my bathroom when I get home.

Franck is still at the burners in the basket and a hole appears in the top of the balloon. As the air escapes it folds in on itself falling tidily to the ground. We able-bodied men help, lay it out and tie it up to get it back on the trailer. 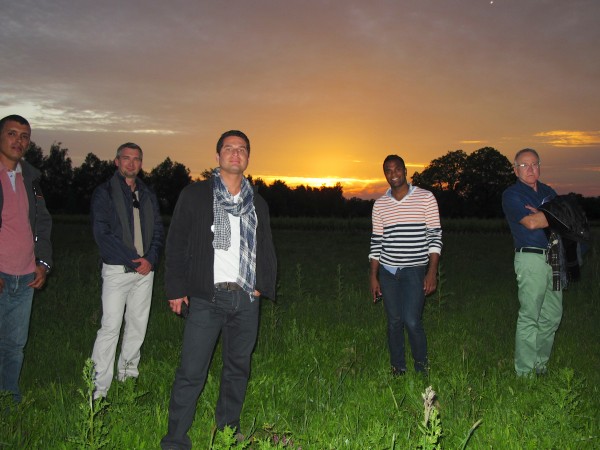 The sun has set by now, and the 4WD is just out of the mud. We wait for the champagne corks to pop.

And then, the 4WD gets bogged and the wheels spin in the soggy ground we’ve been ploughing through. An hour later, champagne corks pop; we have a friendly drink with the family crew from Touraine Montgolfière, and head home, arriving on the stroke of midnight.

I clear the refrigerator of every leftover salad item and ‘ends’ of cheeses, and make a delicious supper! Tomorrow, we sleep-in. (But we don’t! Edmundo uncharacteristically decides to wake us all at some ungodly early hour, to be together, socialising over breakfast.)