he pilgrims have arrived in Santiago.

As we come to the end of our own version of the Camino, there’s a stirring in some of us that we may not exactly have earned the indulgences promised those pilgrims with blistered feet, who walk at least one hundred kilometres along the Way.

Father Steve dispels any such misgivings by likening our experience to the parable of the labourers in the vineyard. The workers who were hired at five in the afternoon were made equal to those have borne the burden of the work and the heat of the day. “God, in his generosity, will grant us the same blessings no matter how much easier our journey might appear on the surface”, says Steve.

This is the ‘real Steve’ – Love and Understanding.

On the other hand, after getting to know Edmundo and his ‘orthodoxy’ in all matters dealing with faith and doctrine over the past days, all of us, including Steve, are thinking of nominating him for Pope when the time comes again. 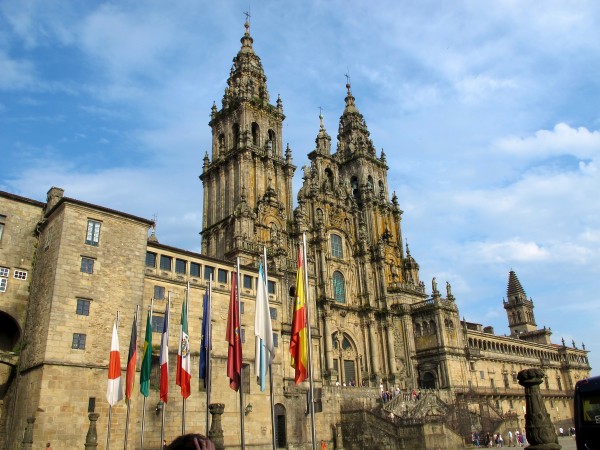 Medieval pilgrims walked the Way of St. James for months to arrive at Santiago Cathedral, home of the relics of St. James in Santiago de Compostela. We spent seven days along the Camino with the assistance of a motorcoach. 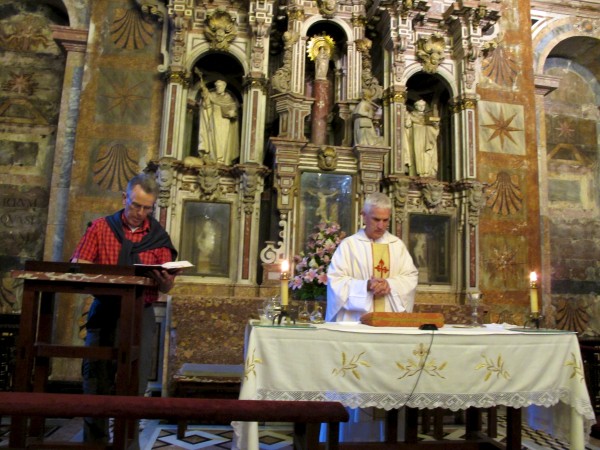 To mark the end of our Camino, Father Steve celebrates Mass in the side-chapel of marble and jasper in the Cathedral of Santiago de Compostela dedicated to Our Lady of the Pillar. Mark Musgrave does the Reading. 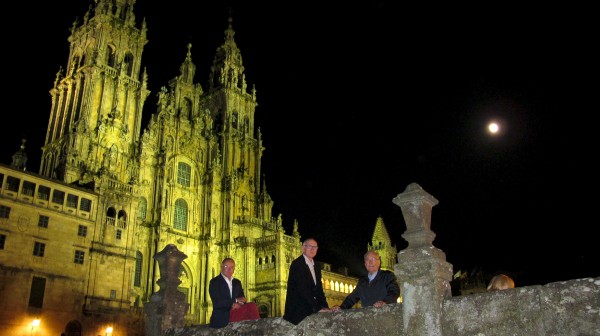 Eddy joins us from London for the weekend