IMBUKTU – HOW LUCKY I WAS TO VISIT THIS FABLED “CARAVAN TERMINUS” AT THE END OF THE UNIVERSE IN 2008. 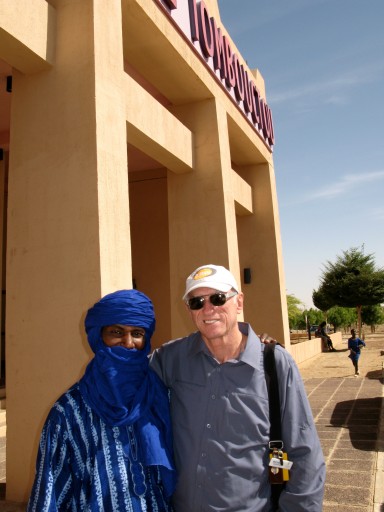 
The 15th century tombs and cultural relics of Timbuktu, a key trade and social center of the ancient world, are being destroyed. What can be done to save the wanton destruction by an armed group associated with Al-Qaeda, known as the Ansar Dine?

When I was visiting in 2009, I wrote: . . . “Though it’s an impoverished city today, it was once a thriving desert metropolis and the busiest Saharan trading centre west of Cairo. It was also the major regional centre of Islamic scholarship in the 15th and 16th centuries. Mud brick architecture is everywhere harkening back to earlier times. We soak up the atmosphere walking around the well-maintained old mud mosques, which were former universities. There’s a touch of ‘Disney’ here with donkey carts and a few colourfully-dressed women and rag-tag kids to add some zest. We also visit the UNESCO supported museum and archives with about 15,000 locally acquired religious and secular manuscripts dating to the 16th century or earlier.” 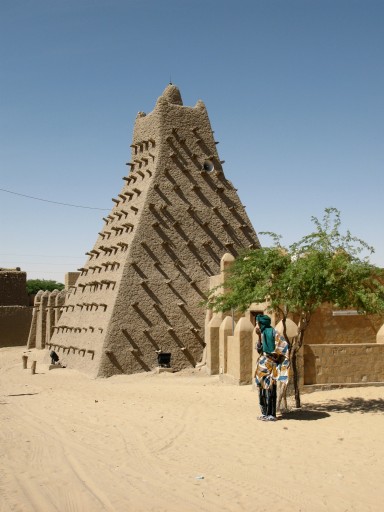