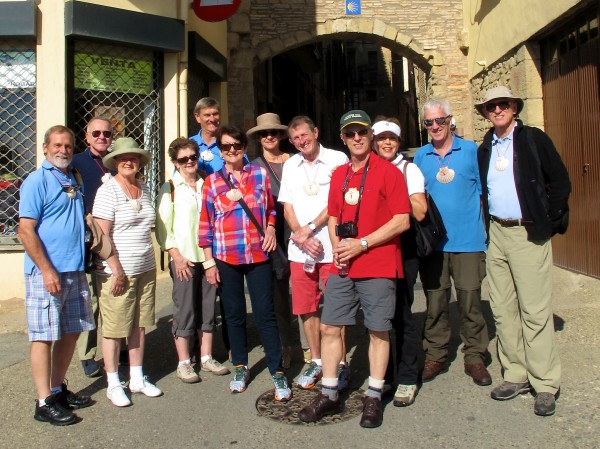 We commence our first leg of the Camino passing through the archway in the thick medieval wall of hilltop town. Viana is a preserved 13th century walled town with many noble houses and important historical monuments.

Viana, the starting point for the first leg of our Camino 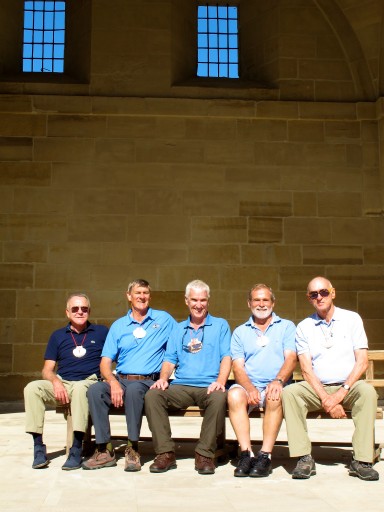 'The Boys in Blue' in a deserted shell of a church in Viana - Edmundo, David, Steve, Trevor, Michael 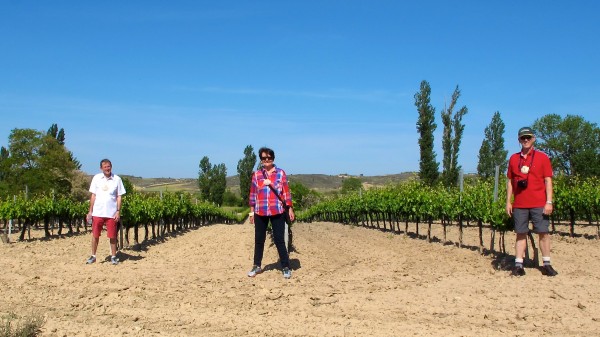 Continuing on, walking through vineyards and small stands of pine give us a sense of ‘doing the Camino’ for the first time. No introspection today. 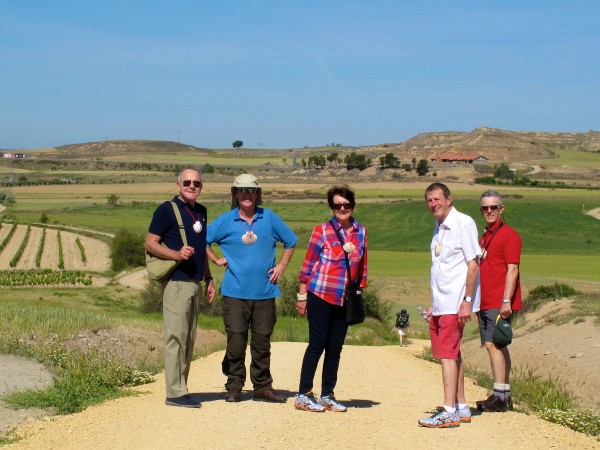 We move back and forth between little groups all enjoying the blue sky, sunshine and countryside from the Cantabrian Ranges down to the Ebro River. 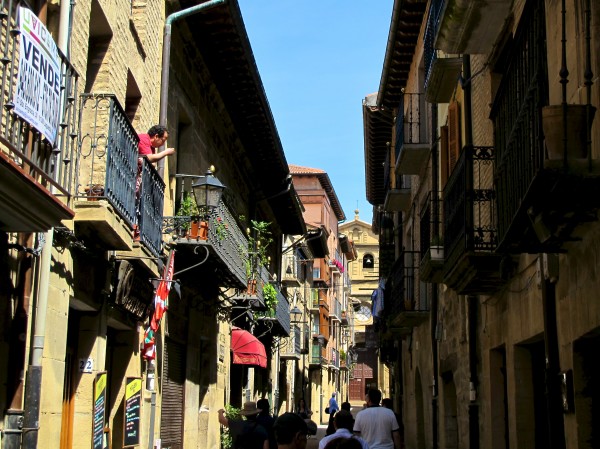 Another 13th century hilltop walled town, La Guardia, is built on limestone caves that have been used for centuries to age the local wines. We tour the caves under the Il Fabulista Winery and learn how they continue to produce their wines by the centuries-old traditional method. Of course there’s a tasting. 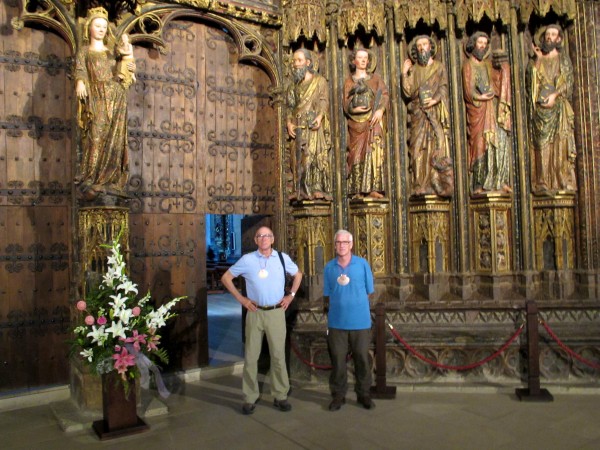 Perhaps for me, the unexpected viewing of the Gothic ‘painted’ medieval facade of the 14th century Santa Maria de los Reyes church is most intriguing. The wall was painted in the 17th century and has been preserved because an outer wall was built to protect it from the elements that have washed the paint from the stone churches and cathedrals all over Europe. 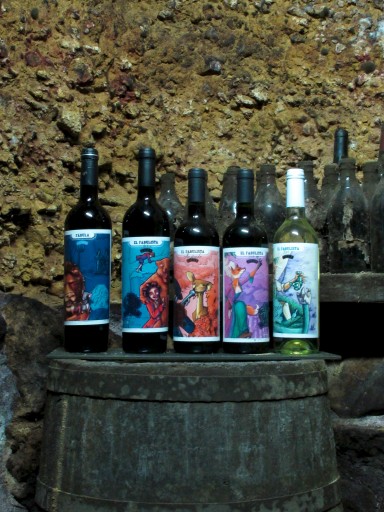 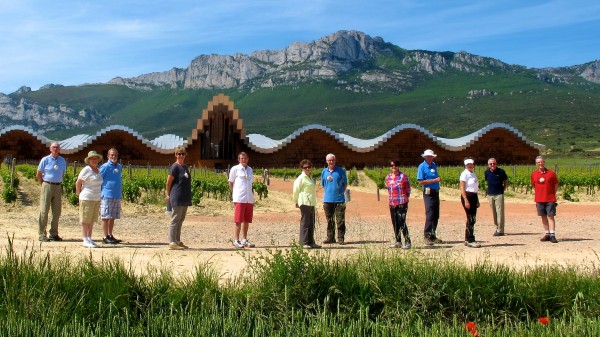 The twelve of us take time out from our 'pilgrimage' to pose in front of Architect Santiago Calatrava’s winery, Bodega Ysios with the Cantabrian mountain range as a backdrop. 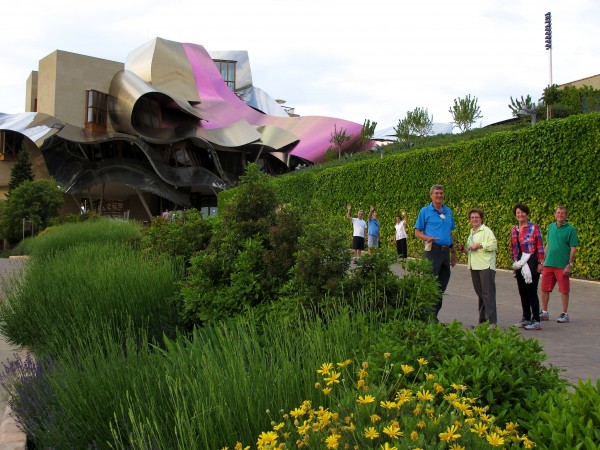